NFT’s purchases and sales explode in the third quarter

According to data released by Nonfungible.com, all indicators have exploded since the start of 2021. In the third quarter, the volume of NFTs bought and sold on Ethereum reached nearly $ 6 billion. By comparison, that figure was “only” $ 782 million in the second quarter.

The number of active portfolios has also exploded. It more than doubled between the second and third quarters of 2021, from 203,719 to 412,578. On the other hand, it appears that newcomers continue to rush into NFTs, according to the report:

“The number of sellers is growing faster than the number of buyers, which could suggest that the conversion of ‘new entrants’ to ‘NFT buyers’ is accelerating. “

The “collectibles” still in the lead

The report also notes the “retention rate” of NFT projects. The indicator determines whether users tend to return to a project, and therefore interact with it regularly. This can give a clue to its long term viability. We note that the projects generating the most regular interactions are related to the Metaverse, collectibles and sports: 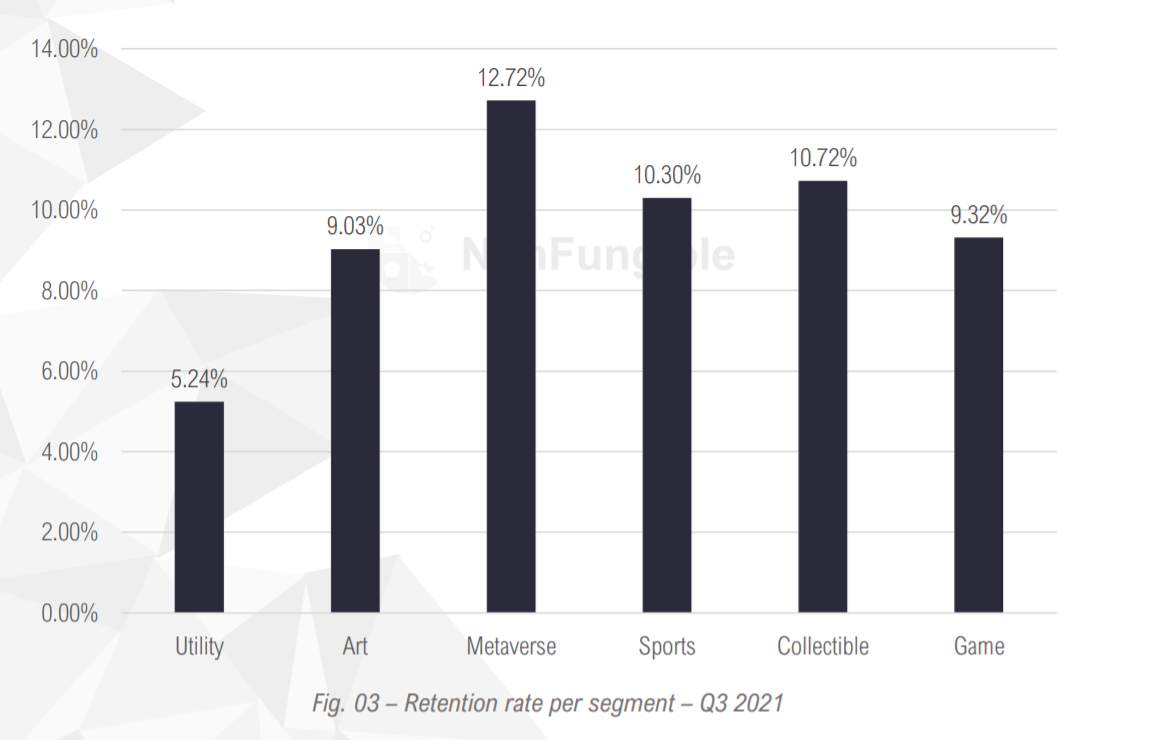 If we look at the volume by sector of NFTs, we note, however, that it is the collectable digital objects that are largely leading the way: 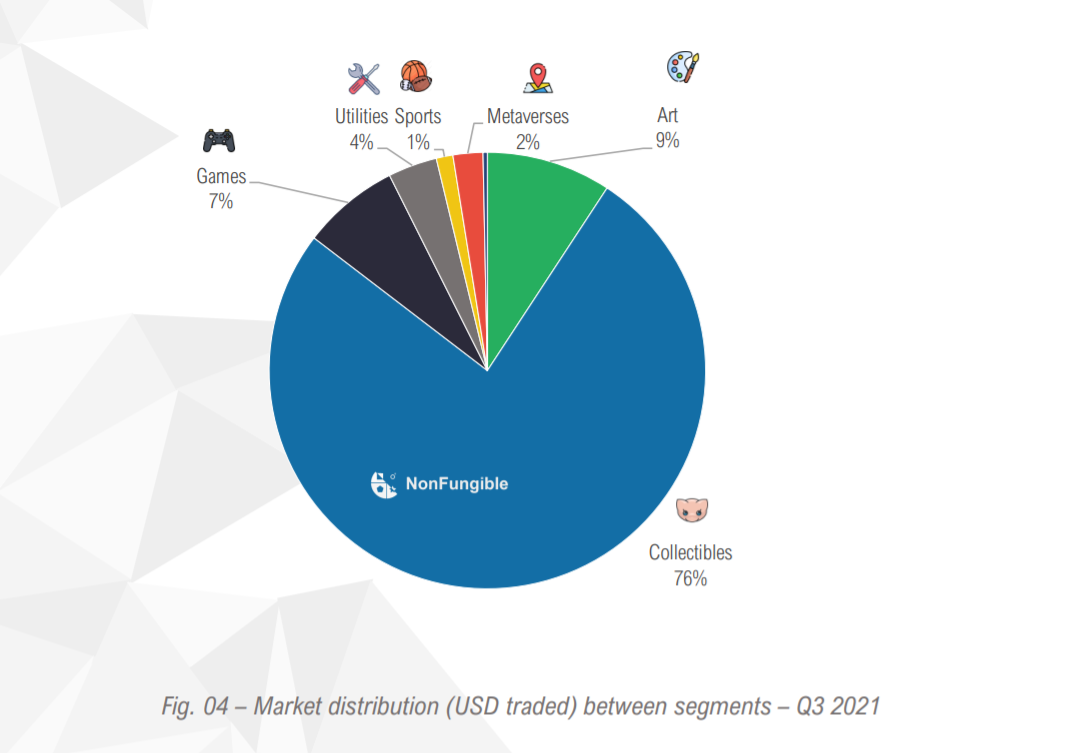 Which NFT projects are the most popular?

Other interesting data: the report catalogs the most liquid NFT projects. The ranking is dominated by far by the Art Blocks, then follow Ethereum Name Service and Adam Bomb Squad. It can be noted that for the vast majority of projects, secondary sales predominate: 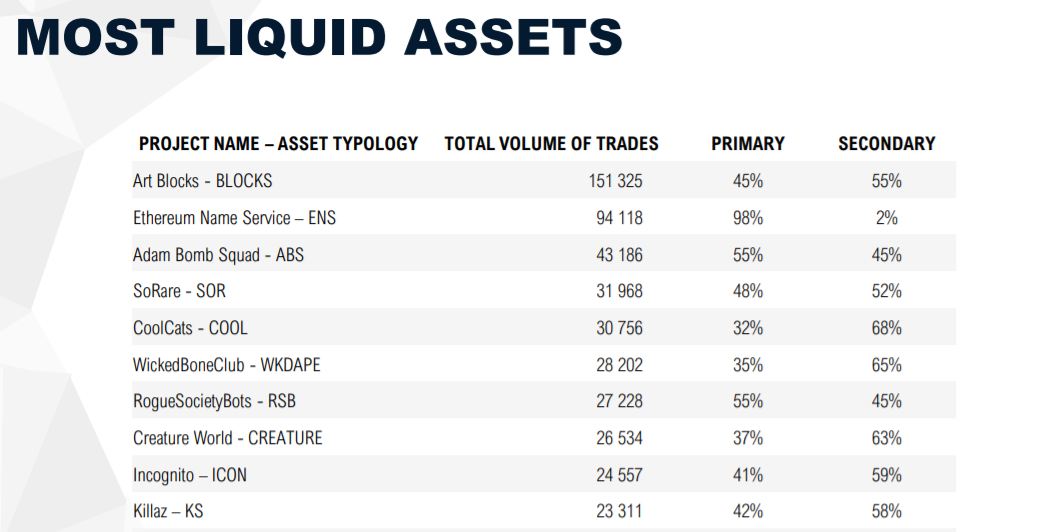 Unsurprisingly, the most expensive NFTs sold in the third quarter were Cryptopunks, with coins fetching over $ 5 million and $ 6 million. They are followed by Art Blocks and SuperRare, which also sell for several million dollars.

Trends that will last?

The Nonfungible.com report concludes by explaining that if we stick to volumes, we might think that the growth phase is “unstoppable” at the moment. But other indicators could suggest the possibility of a slowdown for the NFT market:

“The market is growing at an exponential frequency […] but it is more speculative and volatile than ever. […] Our teams observe that several collections have started to show significant resales at a loss. “

If the trend continues, it could represent the start of a reduction in the speculative bubble that surrounds certain types of NFTs, according to the report.

What is in any case certain is that the enthusiasm does not seem ready to abate for the moment, and that the dynamism of the sector should last for some time.