The Avalanche Foundation, the organization behind the Avalanche blockchain (AVAX), has announced the launch of a new “incentive program” called Avalanche Rush. It aims to attract more decentralized finance (DeFi) assets and applications to their network. A budget of $ 180 million has been released for this project.

“It’s really our desire to show what Avalanche can do as a Layer 1 technology to attract some of the greatest protocols out there,” said Luigi D’Onorio DeMeo, a director of Ava Labs.

As part of the first phase, Aave (AAVE) and Curve (CRV) will take part in the program. Over a three-month period, the native currency of the Avalanche network, AVAX, will be used as a liquidity mining incentive for users of both DeFi protocols.

In other words, users will be able to become liquidity providers by making their AAVE or CRV tokens available. In return, they will receive AVAX tokens to reward their participation in the operation of the protocol.

For now, the foundation has decided to allocate $ 20 million of AVAX for Aave users and $ 7 million for Curve users. However, the second phase of the program foresees further allocations in the coming months.

In recent weeks, the Avalanche team has been very active and has not hesitated to put in the resources. Recently, a budget of $ 3 million was allocated to launch a liquidity mining project with BENQi, an Avalanche native liquidity protocol.

The Avalanche Rush incentive program follows in the footsteps of other equally ambitious initiatives, such as Avalanche Bridge. This cross-chain technology project aims to facilitate the transfer of assets between inter-blockchain.

While an inconclusive first test was carried out last February between the Avalanche and Ethereum (ETH) blockchains, Avalanche Bridge will offer an improved solution that is much faster, more efficient and more secure.

“I think each of these new launches is both a challenge and an opportunity for us, and it will always be a test of the scalability of the underlying technology,” explained Gün Sirer, director of the Avalanche Foundation.

The Avalanche Rush program, and other recent launches, testify to the Avalanche Foundation’s desire to develop DeFi and create a “more accessible, decentralized and profitable” ecosystem. 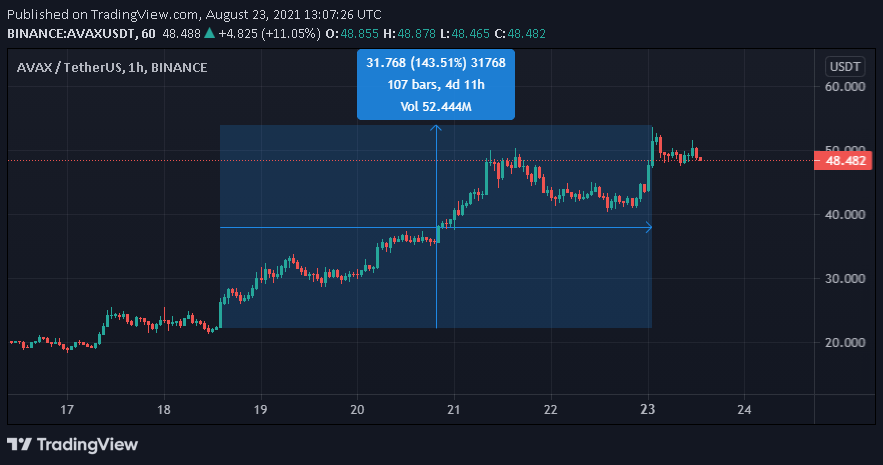 What to know about affiliate links. This page presents assets, products or services relating to investments. Some links in this article are affiliate. This means that if you buy a product or register on a site from this article, our partner pays us a commission. This allows us to continue to offer you original and useful content. There is no impact on you and you can even get a bonus using our links.

Investments in cryptocurrencies are risky. Cryptoast is not responsible for the quality of the products or services presented on this page and cannot be held responsible, directly or indirectly, for any damage or loss caused as a result of the use of a good or service highlighted in this article. Investments related to crypto-assets are risky by nature, readers should do their own research before taking any action and invest only within the limits of their financial capacity. This article does not constitute investment advice.