The price of Bitcoin had already been on an upward slope since the beginning of October. But it jumped dramatically early this morning, from $ 56,800 to over $ 60,000. This is a threshold that he had not reached since last April. 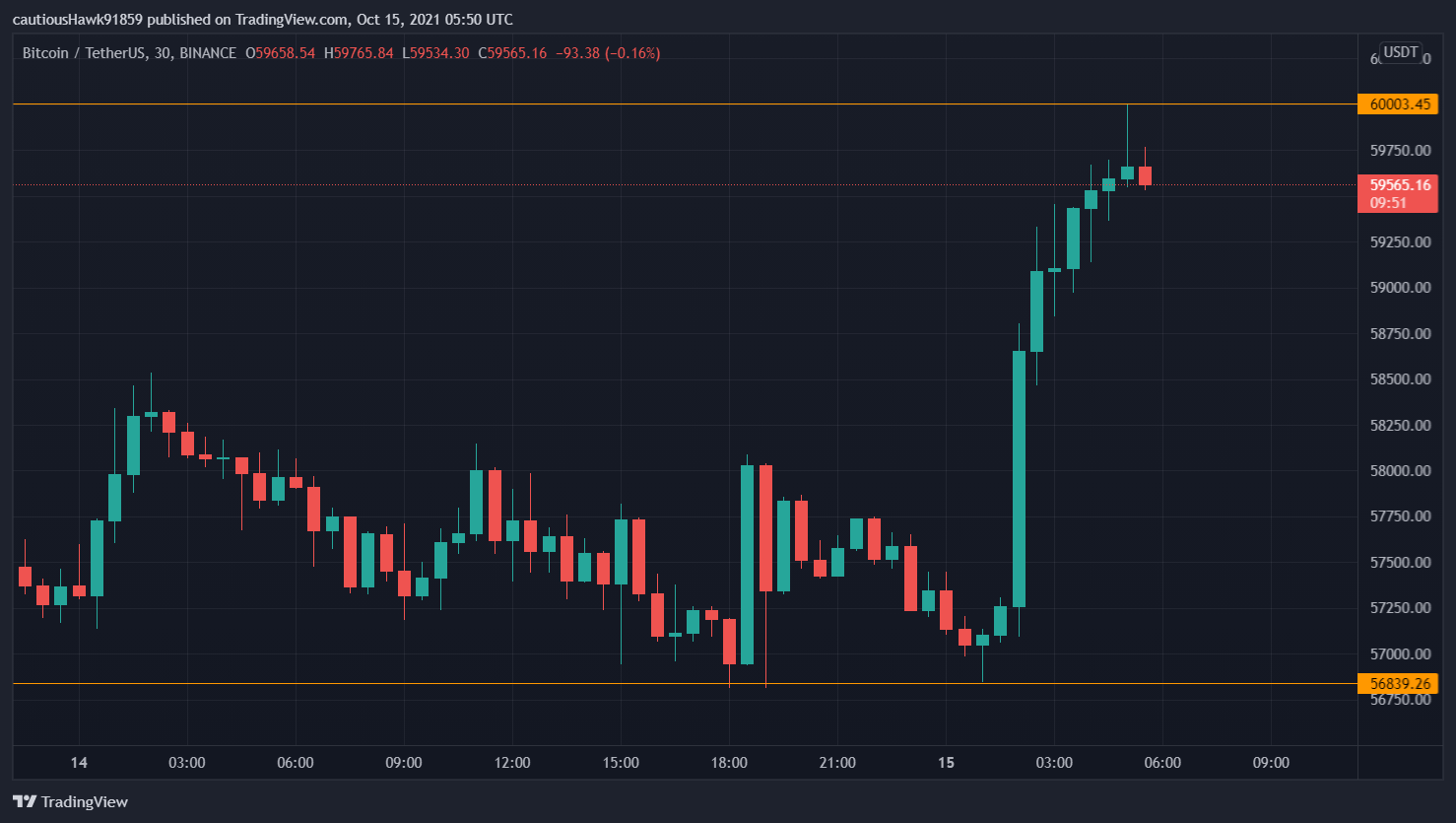 Evolution of the price of Bitcoin (BTC) since yesterday. Source: TradingView, BTC / USDT

Over the week, the price of Bitcoin increased by + 10%. It is currently holding above $ 59,800. As a reminder, his absolute record was also reached last April. It was then trading for 64,800 dollars, a price only 7% higher than the one it reached this morning.

The SEC to prepare to approve Bitcoin ETFs?

It seems that the news that triggered this breakthrough came … From the Securities and Exchange Commission (SEC). Bloomberg media reported that night that the US financial policeman was determined to approve Bitcoin exchange-traded funds (ETFs) offered by ProShares and Invesco Ltd.

Unlike other ETFs rejected by the SEC, these are based on futures contracts, and they follow rules that provide “significant protections for investors,” according to the institution’s president Gary Gensler. This is why they finally succeeded in appeasing the American financial policeman.

At the beginning of October, the SEC had already approved a “Bitcoin companies” ETF that tracks companies with BTC in their treasury. We found Tesla or MicroStrategy there. But these new ETFs are much closer to the Bitcoin asset.

The news is indeed a small revolution: since 2013, pro-Bitcoin have been trying to get Bitcoin ETFs approved by the SEC, which is known to show its teeth when it comes to crypto-assets.

Gary Gensler is therefore more educated on the subject than his predecessor … But also more inclined to strongly regulate the sector, which he considers a “Wild West”. It remains to be seen how far its desire to frame the cryptocurrency markets will go.

In which countries are cryptocurrencies the most used?

the intangible assets tokenization protocol launches its token – How to participate in the presale?