The news was announced by the foundation earlier this week. The body responsible for the Cardano blockchain has “minted” its first NFTs of appreciation (NFTA). The event aims to celebrate the launch of the Cardano development portal, which marks the upcoming arrival of smart contracts on the network.

Only ten in number, the NFTAs were created according to the CIP-721 standard. The Cardano press release specifies, however, that the process of creating these NFTs should not be taken as a standard. The NFTAs were distributed to the ten people who built the Cardano “Developer Portal”.

Unlike Ethereum, NFTs created on Cardano do not require a smart contract. This gives the blockchain more flexibility, as the foundation explains:

“Instead, tokens are treated like Cardano’s native token, the ADA. Using native tokens, you can create a variety of digital assets, such as non-fungible art tokens. “

Among the “Ethereum killers” that fascinate the crypto-community so much at the moment, Cardano is one of the most scrutinized projects. However, it has accumulated delays, and project supporters are awaiting the launch of smart contracts on the blockchain. Charles Hoskinson, the creator of Cardano, has confirmed that a launch date for the final version of Alonzo will be communicated tomorrow.

The course of the ADA seems in any case to have reacted to this enthusiasm. The altcoin is among the best increases of the week: it takes + 28% over the last seven days. For comparison, over the same period Bitcoin (BTC) and Ether (ETH) only progressed by + 13% and + 15% respectively. 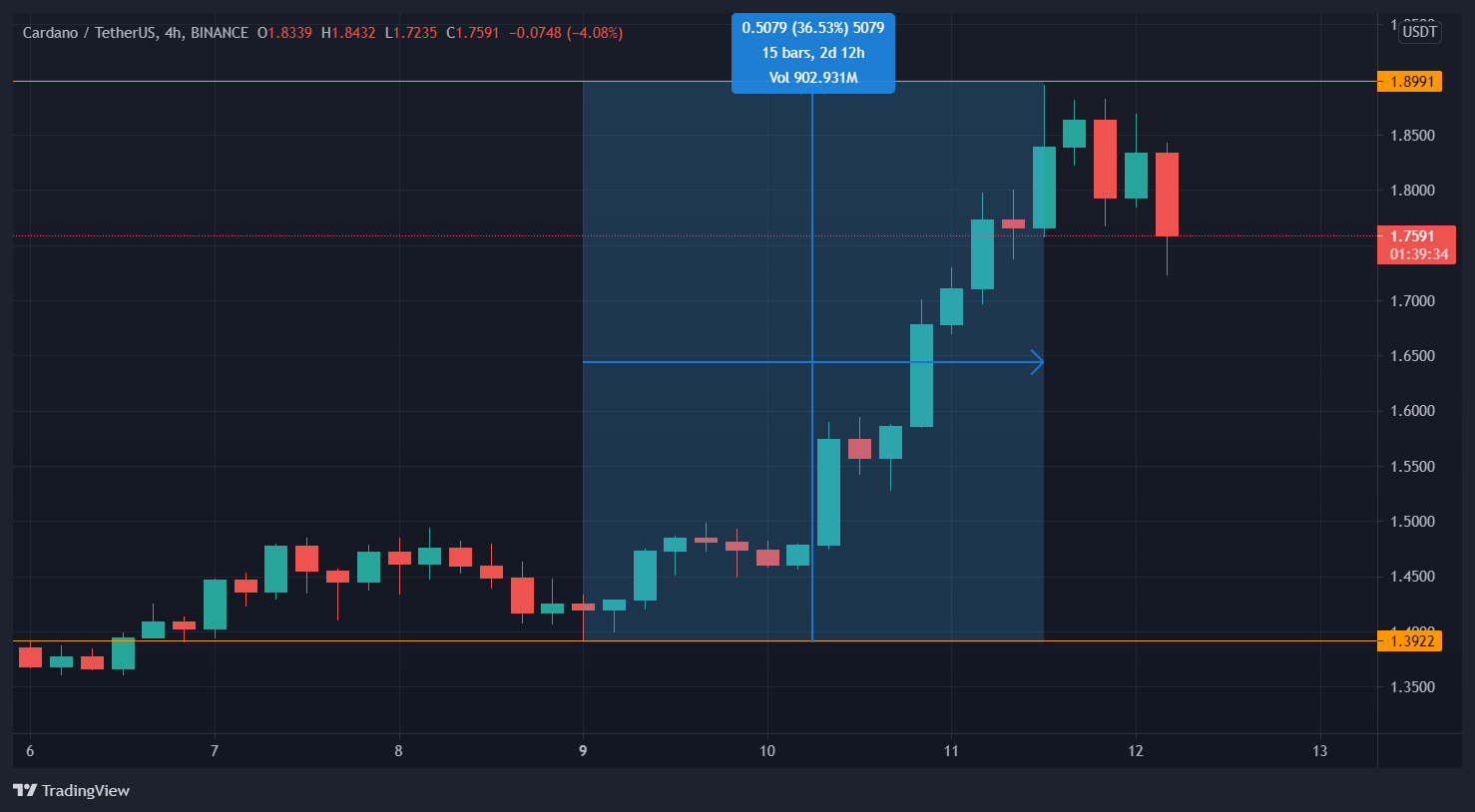 At $ 1.76, however, the ADA is worth 27% less than at its all-time high last May, when it exceeded $ 2.45. Its capitalization shows this morning 56 billion dollars, which places the altcoin in 5th place of the most capitalized cryptocurrencies.