DAO Maker reimburses all victims of its hack

On August 12, the crowdfunding platform DAO Maker was hit by a large-scale attack, allowing a hacker to steal $ 7 million from the protocol.

Quickly, the DAO Maker teams confirmed this attack by explaining the exact causes of it. In that same post, DAO Maker claimed that a compensation plan was in the works.

It’s now official, DAO Maker has revealed the details of its compensation plan, and will reimburse all aggrieved users. As a reminder, 5,512 users were affected by this attack, with an average loss per user of nearly $ 1,250.

If you have been affected by this attack, how will this compensation plan be applied?

The first stage of the refund takes place on August 19, where each user affected by the attack will receive 500 USDC in their DAO Maker wallet. These funds will not be locked and can be withdrawn from the platform without delay.

DAO Maker specifies that this airdrop fills more than 35% of the losses generated by the attack, and that this expenditure amounts to $ 2.5 million. These funds come directly from the DAO Maker fundraiser carried out earlier this year:

“Although the situation is difficult, we are convinced that this is the best use of our resources, as it ensures that affected users will be able to participate in SHOs. [ Strong Holder Offerings] without interruption and that activities can continue normally, ”explains DAO Maker.

The remaining $ 4.5 million will be repaid in exactly one year, in the form of DAO tokens at the future market price. This future redemption will be accompanied by an interest rate of 10%.

These tokens will be taken from the users’ incentive bracket, which represents 10% of the total DAO token supply.

More specifically, DAO Maker will distribute on September 8, USDR tokens, which represent a future DAO token buyback granted in one year. Each USDR token is thus equivalent to 1.1 DAO Token.

In addition, anyone holding USDR tokens will get an additional benefit of 0.2 DAO Power for each USDR token held in the wallet attached to the DAO Pad. These Power DAOs allow users to participate in token sales organized by DAO Maker, and the greater the number of Power DAOs, the more likely the user is to win a token allocation. 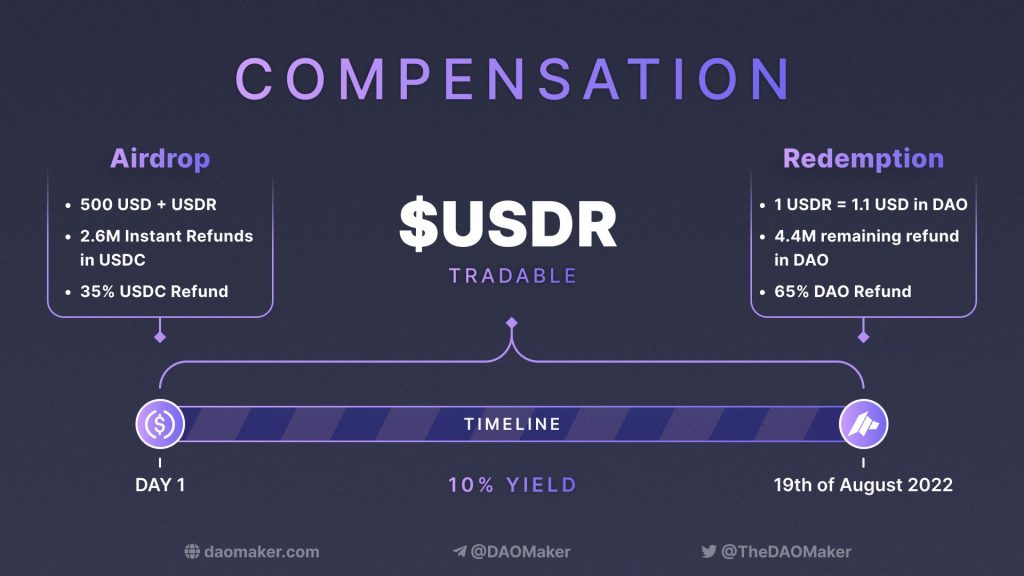 Regarding the hack itself, DAO Maker is continuing its investigation and has also alerted the European authorities. In addition, a team of experts was hired to find the pirates linked to the attack. DAO Maker also receives the support of several cybersecurity professionals to find the traces of the attackers.

Regardless, DAO Maker quickly came up with a plan to reimburse users of its platform. These will even receive a 10% bonus on the funds they collect.

The platform shows professionalism and draws from its own funds to repair this incident. A laudable initiative when we know that many platforms simply disappear from circulation after a hack of such a scale.

👉 On the same theme – MISO of SushiSwap: a “white hat” hacker avoids a hacking of 350 million dollars

an effective treatment is currently being tested

American Couple Shocked: 450,000 Bees Have Been Living Inside the “Wall of the House” for 35 Years