The recent drop in BTC below $ 60,000 did not particularly scare the country’s government, which has made the asset legal tender since September. President Nayib Bukele indeed confirmed yesterday that the fall had allowed El Salvador to restock on bitcoins:

It was a long wait, but worth it.

We just bought the dip!

The government of El Salvador bought 420 bitcoins. At the time Bukele’s announcement was made, one BTC was trading for around $ 59,000, so that was $ 24.7 million. This is the biggest bitcoin purchase by El Salvador to date.

Since the implementation of the “Bitcoin law”, the government has announced a series of incentives to democratize the use of cryptocurrency.

Earlier this month, we learned that locals could now enjoy a price reduction if they paid for their fuel in BTC. In addition, workers can now receive their wages in cryptocurrency.

Although it hit its highest level a week ago, Bitcoin’s price has been faltering since. Twice passed below $ 60,000, he has trouble staying above this psychological threshold. Over the last two days, he lost nearly -9%: 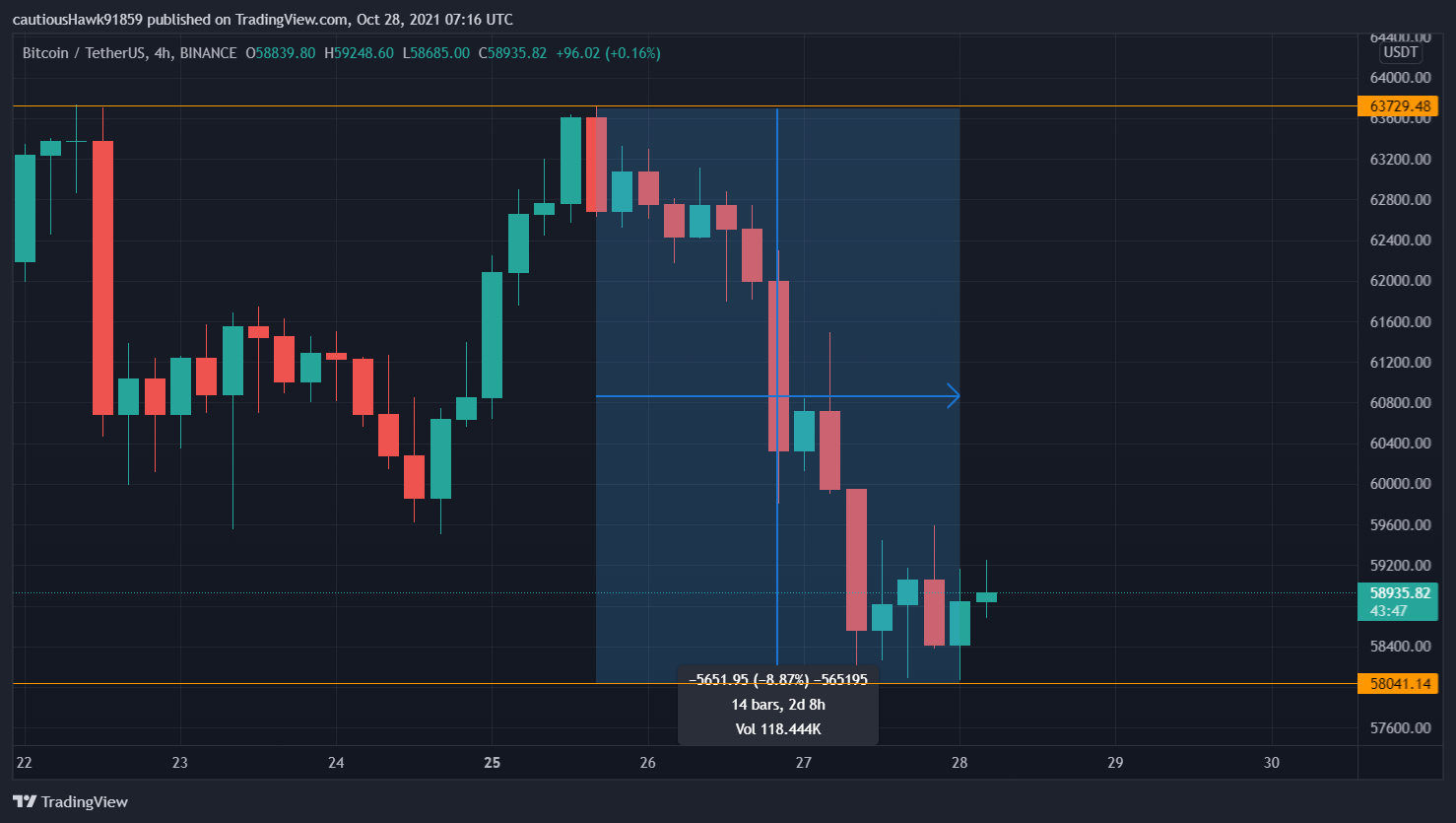 The question then is whether this is a temporary pullback for BTC, or whether it will manage to regain last week’s levels.

👉 To go further – Bitcoin (BTC): The bullish and bearish camps have no shortage of arguments

Donald Trump says cryptocurrency is a “disaster” that harms the dollar