The majority of Europeans surveyed expressed anti-EU views regarding the regulation of cryptocurrencies. In France, 55% of respondents want the finance sector to be monitored nationally. This share amounts to 61% in Germany, 67% in Greece, and 76% in the Netherlands.

Logically, a significant proportion of Europeans believe that the European Central Bank (ECB) intervenes too widely in the economy of their respective countries. This is the opinion of 61% of Greeks, 34% of Germans and 31% of Latvians. In France, this share falls to 23%, the French judging at 24% that the ECB is intervening correctly, or not enough (19%).

National, rather than European, digital currencies

While the ECB has started a Europe-wide central bank digital currency (MNBC) project, the idea doesn’t necessarily appeal to people on the continent. A majority would be in favor of local cryptocurrencies, in order to “assert monetary independence from the European Union”. 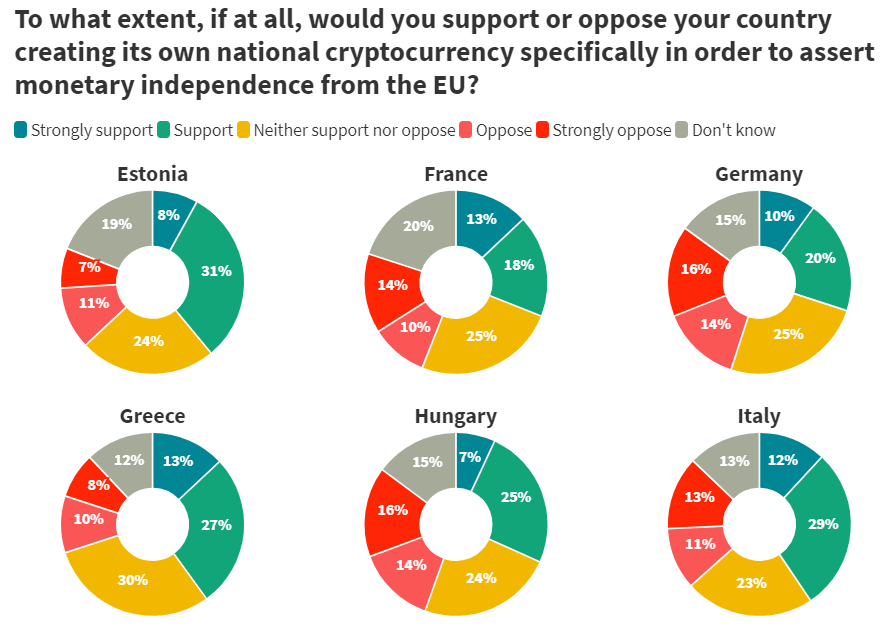 31% of French people questioned are therefore favorable or very favorable to a national cryptocurrency. This share rises to 41% among Italians, 40% among Greeks and 37% among Spaniards.

It should also be noted that the majority of Europeans believe that they know “very little” about the field of cryptocurrencies. Among those cited, it is unsurprisingly Bitcoin that is the best known.

👉 On the same subject – Which central banks are leading the race for digital currencies?

Tourism has collapsed in Spain