Today at Galaxy Unpacked 2021, Samsung announced the Galaxy Z Fold 3 and Galaxy Z Flip 3 foldable smartphones, as well as a pair of Galaxy Watch 4 smartwatches and the Galaxy Buds 2 earbuds. One by one impressive devices that we could talk about for hours. Yet this publication focuses on another Samsung device, which is only expected in six months: the Samsung Galaxy S22.

During the Samsung Unpacked presentation, a very remarkable video fragment passed by, in which the colors for the Samsung S22 series may have been revealed. 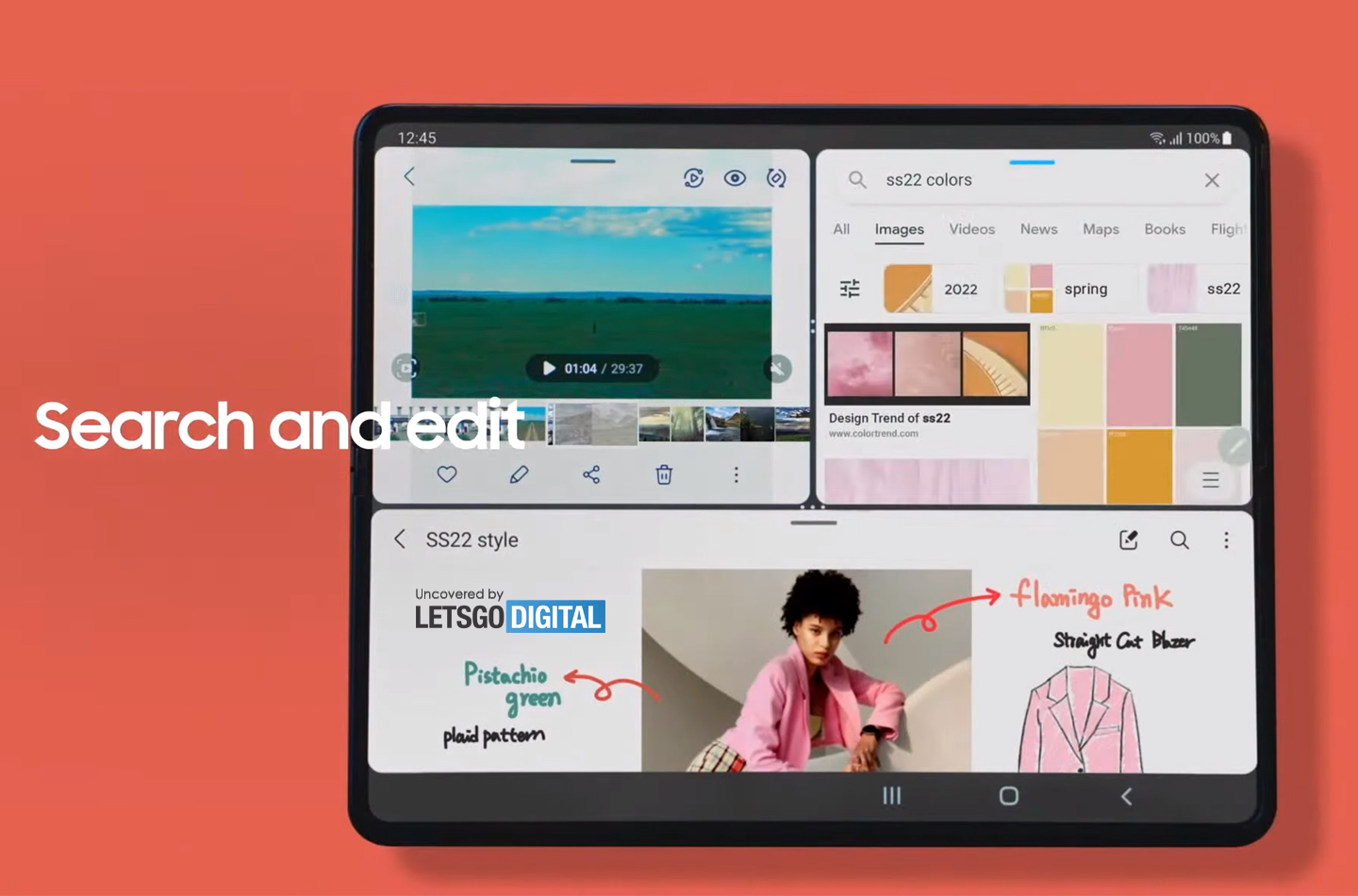 At one point (46:17) it is explained during the presentation that with the Galaxy Z Fold 3, thanks to the S Pen compatibility, you can also write in the search bar instead of typing. As an example, ‘SS22 colors’ is written using the stylus.

A window then opens, showing a range of cheerful spring colors, from pale yellow and orange to pink and green. It also includes two names: ‘Pistachio Green’ and ‘Flamingo Pink’ – with the texts ‘Design Trend of SS22’, ‘2022’ and ‘spring’ above them.

Samsung seems to be making a reference here to the high-end Galaxy S22 series that is expected in January 2022. The light spring colors fit well with the period in which the devices will be launched and also perfectly match the colors announced today for the Z Fold 3 and Z Flip 3.

It was the observant Twitterer Ishaan Singh @IshaanSingh010 who informed LetsGoDigital about this remarkable video clip – Thanks for the tip Ishaan! You can watch the video for yourself here:

Although it will take another six months before the Galaxy S22 series will be officially announced, information has recently appeared online about this promising high-end smartphone line-up. Samsung is probably working on three models again, in addition to a basic model, a Galaxy S22 Plus and an S22 Ultra are expected.

It was recently announced that the new smartphones will probably be compatible with a 65W Fast Charger. That would mean that the battery of the S22 models can be charged significantly faster than that of the S21 series – the latter only supports 25W wired charging.

Some time ago there were also rumors that Samsung has entered into a collaboration with system camera and lens manufacturer Olympus, in order to take the image quality of smartphone cameras to an even higher level. In the coming months, more will undoubtedly become known about the new Samsung Galaxy S22 line-up.