This afternoon, Samsung will present two new foldable smartphones during Galaxy Unpacked 2021, the Galaxy Z Fold 3 and Galaxy Z Flip 3. A lot has been said and written about both folding phones in recent times. Numerous marketing materials have appeared online, showing the new devices from all sides. Despite this, few live images have appeared online. Until today, because now a hands-on video review has appeared online in which both foldable smartphones are extensively discussed.

Despite the fact that so many details are already known about the new Z Fold and Z Flip devices, there are also many practical questions. For example, what about the folding seam, are the screen wrinkles still just as visible as with the Galaxy Z Fold 2? And what about the under panel camera? Samsung has placed the selfie camera under the screen for the first time, but how invisible is this camera?

The following 1:25 minute video gives a good first impression of what you can expect from the new Galaxy Z Fold 3 and Z Flip 3. The YouTube video was put online by DroneMania from Romania.

Both foldable smartphones are extensively demonstrated in the YouTube video. To start with the Samsung Galaxy Z Fold 3. This will be the largest model, it is also the only foldable smartphone where the selfie camera is placed under the screen.

The hands-on video shows that the under panel camera, as Samsung calls the new selfie camera technology, will be slightly visible. That was already expected. This also applies to the ZTE Axon 30 and the Xiaomi Mi Mi 4 introduced yesterday. Because a transparent screen part has been used at the height of the selfie camera, you can distinguish the camera slightly, especially when a light background is shown. In the video this is demonstrated with a bright white background.

At the height of the hinge, a small folding seam is still visible in the flexible screen. These screen creases are, however, less visible than with the previous model. 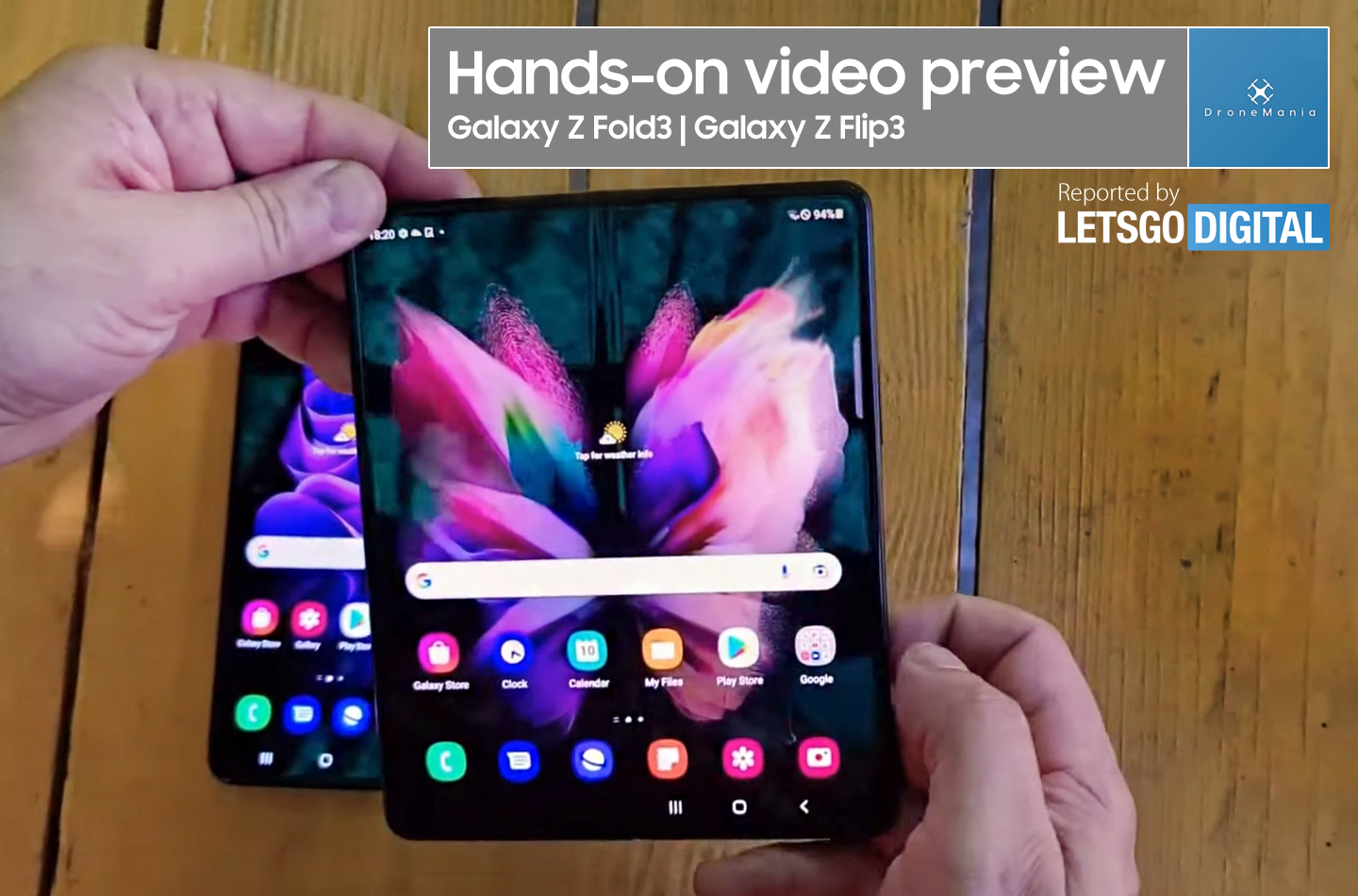 With the Galaxy Z Flip 3, this folding seam is significantly less distinguishable. This is partly because the device folds over the horizontal axis, so that the folding seam is much shorter than with the Z Fold 3. The renewed two-tone design looks particularly stylish. The user interface is fast on both models.

The product presentation will start at 16:00 Dutch time, the Galaxy Unpacked event will be followed via a live stream. Samsung will reveal all the details during the event. In addition to the two foldable smartphones, two smartwatches are also expected, the Galaxy Watch 4 and Watch 4 Classic. In addition, a new set of wireless earbuds will be announced, the Galaxy Buds 2.