Coinbase, the first app on the App Store and Google Play

This favorable placement indicates that Coinbase has been the most downloaded App Store app in recent days in the United States. According to data reported by analytics site The Block, this is the third time that the app has reached this spot. This had already been the case in 2017, as well as last May.

Coinbase downloads therefore multiply when cryptocurrency prices explode. It should be noted that the exchange platform does not hesitate to capitalize on the incredible breakthrough of Shiba Inu (SHIB) in recent days, since it mentions the altcoin in its name:

We also note that the application is not the only one in the top 10 American App Store: Crypto.com is currently in 9th place for free apps: 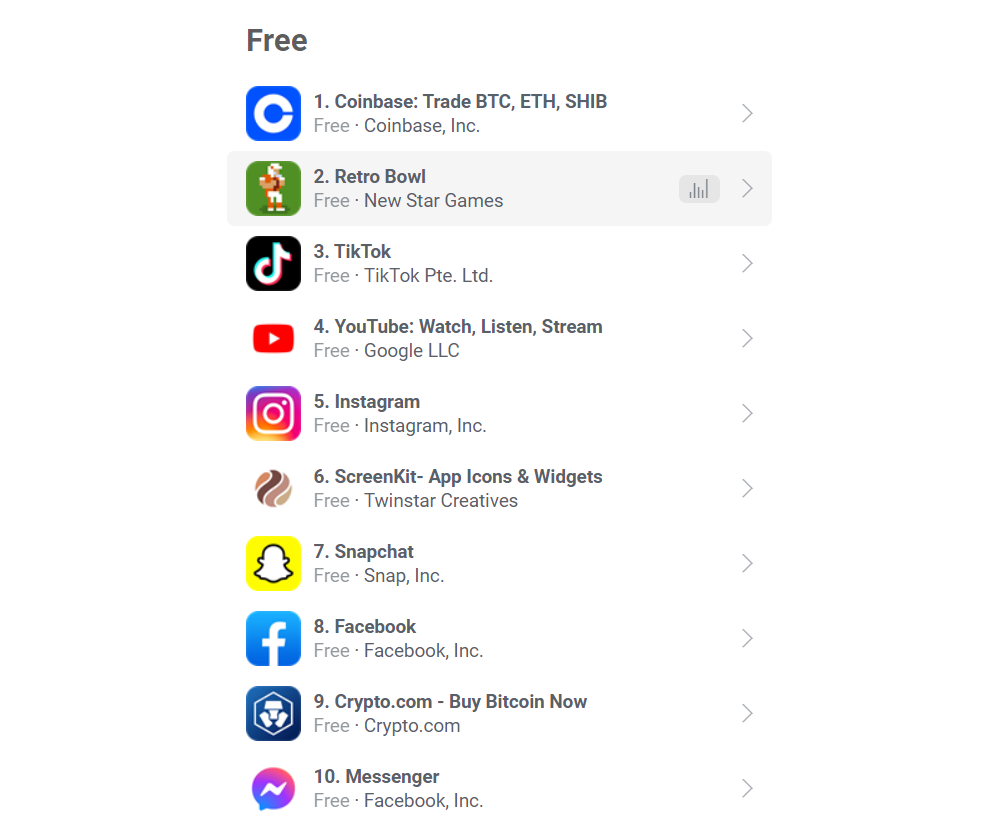 On the Android side, it’s the same story. Google Play places Coinbase first in its ranking this morning, with Crypto.com in fourth place:

A rush for cryptocurrencies?

Coinbase reported in its latest communications over 68 million users. It is more than likely that this figure has climbed further in recent days. The platform is a reference in the United States, despite some recent setbacks with the Securities and Exchange Commission (SEC) … And an attack suffered at the beginning of the month.

Coinbase is also becoming more and more visible: the company has signed a sponsorship partnership with the NBA for several years. Its marketing strategy appears to have been accelerated by the arrival of a former Facebook top person as chief marketing officer.

Since its IPO, Coinbase has in any case been working to legitimize the cryptocurrency sector. And if the platform is sometimes criticized among followers of historical cryptos, it has indeed become a standard bearer, at least in the United States.

Thieves break into ATM machines in the end did not survive Stuck in the closet!