The battery of the 5-day-old OnePlus Nord 2 explodes spontaneously, while a woman carries the smartphone with her in a sling during a bike ride.

OnePlus has shown impressive growth in Europe over the past year. The Chinese manufacturer owes these positive sales results in part to its new mid-range Nord line-up. The OnePlus Nord 2 5G is the latest addition, this smartphone has been available for a week and has advanced functions for an affordable price. The device is equipped with a 4,500 mAh dual-cell battery with support for 65 Watt WarpCharge fast charging technology – based on the 65W SuperVooC technology from sister company Oppo.

The first user has just appeared on Twitter to report that his wife’s OnePlus Nord 2 exploded spontaneously – without the smartphone being charged. The story comes from Ankur Sharma from Bangalore, the capital of the Indian state of Karnataka. His wife bought the Nord 2 5 days ago and went for a bike ride, carrying her new smartphone in her sling. Out of nowhere the device exploded, which was accompanied by enormous smoke development. This explosion caused her to have an accident. His wife has been traumatized by the incident, Ankur concluded in his Tweet. 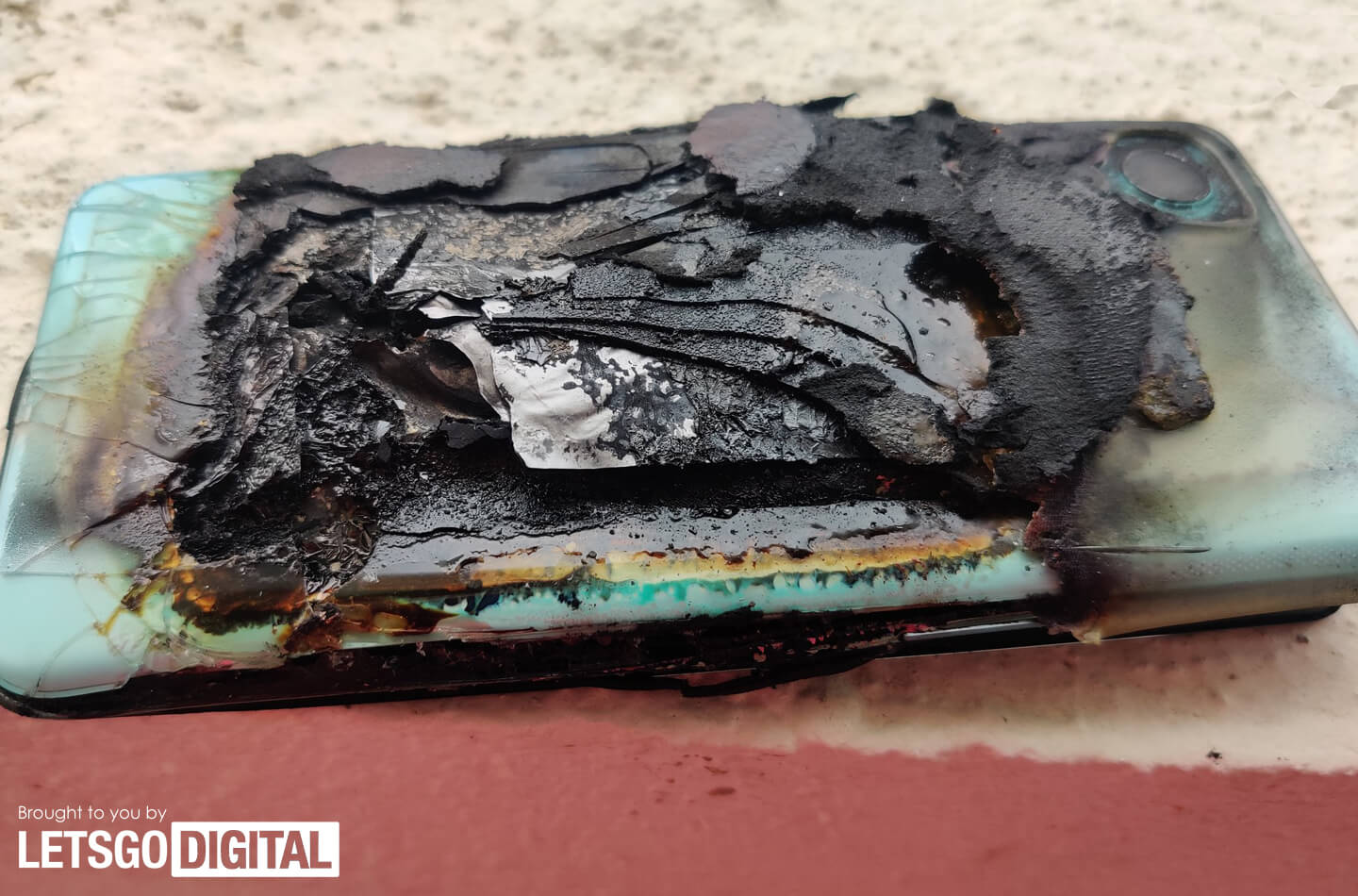 In support of his story, Ankur has published four high-resolution photos showing a completely destroyed OnePlus Nord 2. The device indeed seems to have exploded from the inside, the damaged Lithium Ion protective bag is also visible. Even the glass back was completely swept away by the explosion. The plastic frame is also completely affected. It must have been quite a blow.

LetsGoDigital’s editors contacted Ankur to ask a number of targeted questions, in order to clarify the circumstances in which this incident took place. Due to the time difference, this information will be added to the publication at a later date.

Of course, it is quite possible that this story stands alone. It doesn’t have to mean that there is something constructively wrong with this phone model. A swollen battery that explodes is unfortunately more common in electronic products. It is therefore possible that it will remain an incident.

Nevertheless, it is very remarkable, especially since the device was not being charged at the time the explosion took place. A similar incident was reported two years ago, at the time OnePlus conducted further investigations. However, no further follow-up was ever given in the form of a press release. However, the user is compensated.

It cannot be ruled out at this point that this is a bigger problem. Many can still remember the Samsung Galaxy Note 7 debacle, this high-end smartphone had to be withdrawn from the market shortly after its release after it was found that the battery caught fire in several users. Samsung later stated that this was because there was too little space between the heat-sealed protective bag around the battery and the interior.

Although the Nord 2 has only been available for a week, the same battery and fast charging technology is also used for the top models of the brand, the OnePlus 9 and 9 Pro. However, no deficiencies have been reported with these devices. 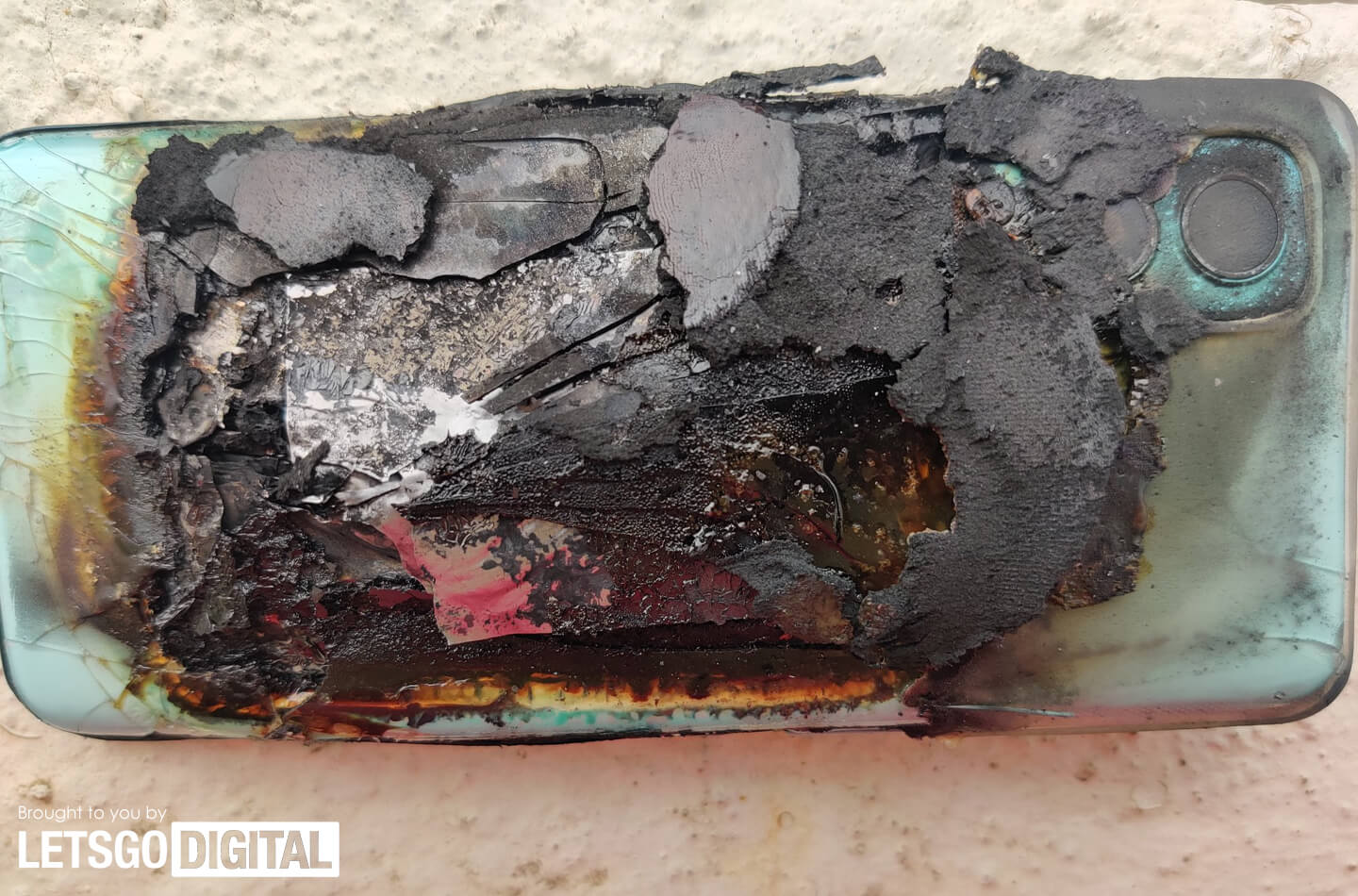 Official statement OnePlus Support on Twitter: We are gutted to hear about your experience. We are deeply concerned and want to make it up to you. We request you to connect to us over a direct message so that we can make amends and turn this around for you.

In a response to LetsGoDigital, OnePlus Support subsequently reports:

OnePlus Support in a statement to LetsGoDigital : We are truly gutted to hear about this incident reported. This is certainly not the experience we wish our customers to have with OnePlus. We are already on it and we will be actioning the needful on priority basis.

Update 4:00 PM: Ankur Sharma has deleted his Twitter post without further comment. Presumably, in the meantime, there has been contact with the OnePlus Support department, whereby he has been offered compensation. He probably had to delete his tweet in exchange to not create further commotion around this design, hoping to cover up this incident and above all to keep it out of the sight of buying consumers.

Just as OnePlus was also recently caught manipulating the Geekbench results, as a result, Geekbench felt compelled to remove the OnePlus 9 and OnePlus 9 Pro results from the Geekbench database.

Brian Krolicki Appointed Chairman of Faraday Future’s Board of Directors