For the second time, a user reports that his brand new OnePlus Nord 2 is completely exploding. Reaction OnePlus remarkable. What is going on?

At the end of July 2021, the OnePlus Nord 2 5G was proudly announced as the latest addition to the popular Nord line-up. This mid-range phone offers a good price/quality ratio compared to many competing models, so it is expected that this smartphone will also be sold a lot in the Netherlands. However, there is something curious going on that you should be aware of before you decide to buy the Nord 2.

Within a week of its launch, someone reported via Twitter that its brand-new OnePlus Nord 2’s battery exploded during a leisurely bike ride. Meanwhile, a week has passed and today a second user reports that the battery of his recently purchased Nord 2 has exploded. Both incidents occurred in India. 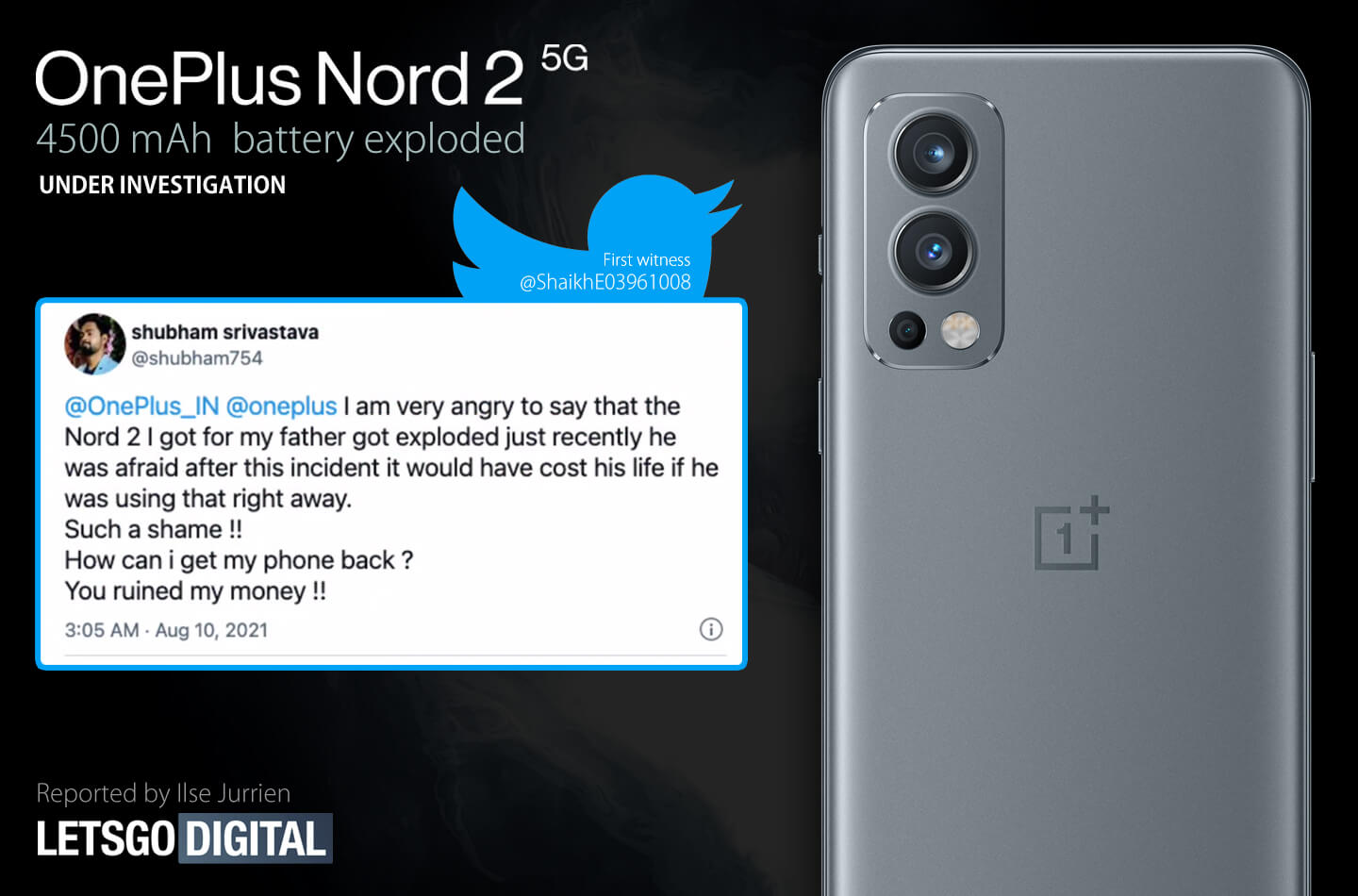 Via Twitter, a man from India under the name Shubham Srivastava sent a Twitter message stating the following (translated from English): “I am very angry to say that the Nord 2 I bought for my father recently exploded. He was scared after this incident, it would have cost him his life if he had used it. That bad!! How can I get my phone back?”

This time no photos have been released of the exploded OnePlus Nord 2. Therefore, it cannot be established with certainty that this man speaks the truth. It is also not clear from the message in what circumstances the incident took place. If we are to believe his reporting, then at least it was a frightening moment, in addition, it is clear from the tweet that his father was not using the phone when the explosion happened.

OnePlus Support responded directly to the incident on Twitter: “We are really depressed to hear about this incident. We sincerely hope that the unpleasant incident did not cause any harm to your father. We would like this to be addressed as a matter of priority and to further investigate this matter and determine the cause of this case, please DM us.”

Remarkably, Shubham Srivastava’s Twitter post was deleted shortly afterwards, and the entire @shubham754 Twitter account was deactivated. Even more remarkable; that’s exactly what happened last week in the first incident. LetsGoDigital witnessed this live and immediately asked OnePlus for clarification, with the response being as follows.

OnePlus Support in a statement to LetsGoDigital : We are truly gutted to hear about this incident reported. This is certainly not the experience we wish our customers to have with OnePlus. We are already on it and we will be actioning the needful on priority basis.

Since then, LetsGoDigital’s editors have contacted OnePlus three times to find out what is currently under investigation and what the situation is. But OnePlus no longer wants to respond to our questions. It is clearly the intention that as little attention as possible is paid to these incidents.

In the meantime, it remains unclear whether users should be concerned. The photos of the first incident show that it was not a small explosion. In addition, the smartphone was not on the charger. Don’t imagine this happening while holding the device to your ear to make a call. 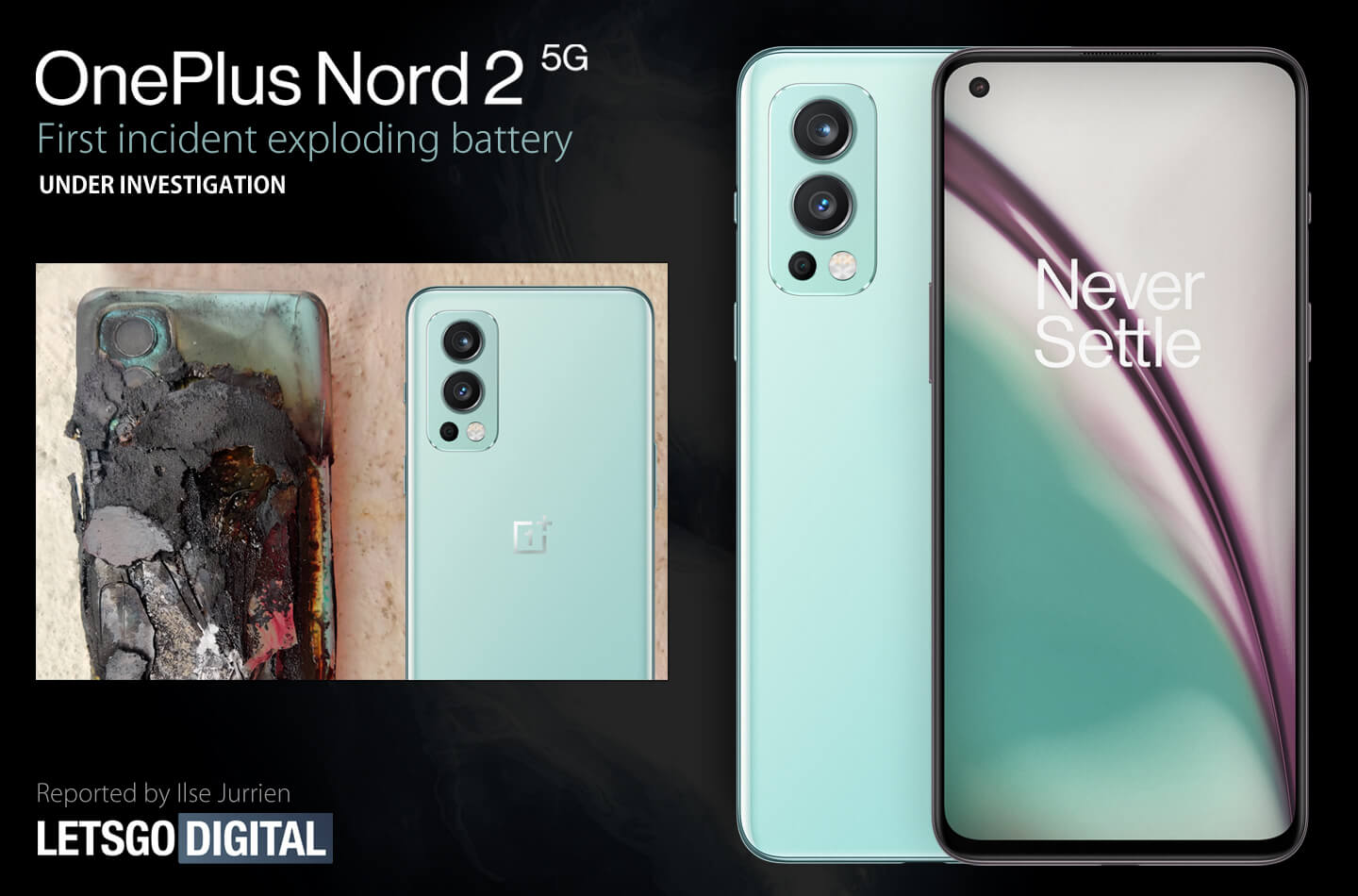 The OnePlus Nord is a very important smartphone series for the Chinese brand. At the end of 2020, OnePlus Netherlands sent a press release in which it stated that it is the No. 3 smartphone manufacturer in the Netherlands. This enormous growth is mainly due to the new Nord series.

However, India is a much larger market and also a very important market for OnePlus. The fact that both explosions of the Nord 2 5G have taken place in India will certainly not do the sales there any good. It is hoped that OnePlus will seriously tackle this problem behind the scenes. It would be to the company’s credit if it came out with an official statement, so that users know where they stand.