Squid Game Token: a shady project from the start

If there is one constant in the cryptocurrency ecosystem, it is the emergence of wind-driven projects, driven by nothing but the enthusiasm of investors afraid of letting go. opportunity of their life. The current Shiba Inu (SHIB) is a perfect example.

This is why when we see a project of this type landed, we tend to raise our eyebrows. Squid Game Token already had all of the shady project: its site and its whitepaper were riddled with mistakes. In addition, he claimed that Elon Musk supported the project – the latter of course never mentioned it, too busy at the moment with his dogfights. Other prestigious “partners” were listed on the site, including Microsoft, OpenSea… and Netflix.

Another crucial point was that it was possible to buy SQUID, the project’s native token, but CoinMarketCap reported that holders were having difficulty selling it on PancakeSwap, where it was available. So we already had some elements there that smacked of the scam. It must be said, however, that the presumed operation of the project had something to attract investors … And the risk-taking was reminiscent of the main characters of the series.

👉 Find our guide: How to avoid cryptocurrency scams?

Promises of profit and a course that skyrockets

Investors were indeed promised to earn cryptocurrencies by participating in games, but on condition that the latter pay an entry fee. In recent days, the SQUID had started to gain public attention as its price kept climbing. Granted, that makes a lot of sense for an unsaleable token, but it was enough to spark some excitement.

The project was also allegedly based on the “play-to-earn” model, which is in vogue at the moment. We can therefore imagine that this must have seduced some of the investors, who imagined playing a game similar to the one presented in the series, while being rewarded in SQUID tokens.

The catastrophic fall of the SQUID

But the outcome is far from positive. The story is now common: the SQUID price has exploded completely, reaching a phenomenal $ 2,856 … Before an address trades the majority of SQUIDs for Binance BNB, dropping the price down to $ 0.004: 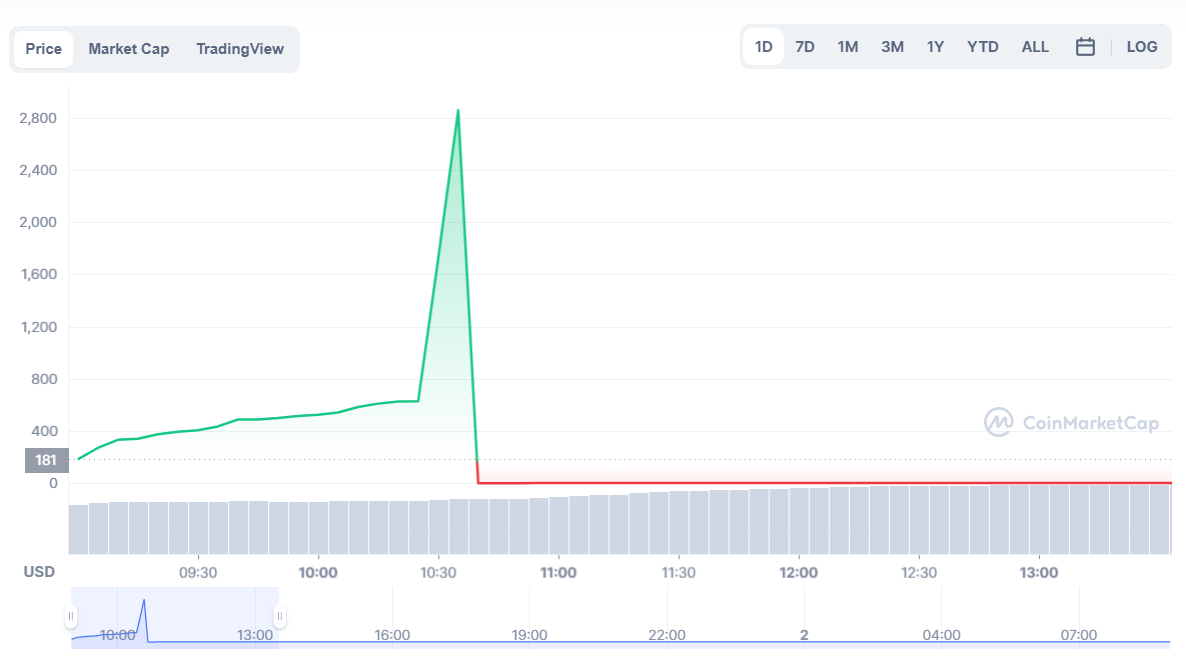 In total, the address left with the equivalent of $ 2 million. And those who had bet on the SQUID found themselves with their beaks in the water. Social networks and sites associated with the project have been deleted.

Will the cryptosphere learn from its mistakes, and will we ever stop seeing uninteresting tokens being publicized? We can doubt it: if the Squid Game series shows one thing, it is that the lure of profit is unfortunately a particularly strong instinct.

the 5th wave “starts off with a bang”

the mayor of a town shot dead

Dean of the French dies at the age of 112