Samsung is developing a new type of camera for smartphones. This triple camera can move for variable aperture and variable Field of View (FoV).

Cameras have become an increasingly important part of our smartphone. The Galaxy Note 8 released in mid-2017 was the first Samsung smartphone with a dual camera. Since then, developments have followed at a rapid pace. Most high-end smartphones are now equipped with a triple camera system consisting of a wide angle, an ultra wide angle and a telephoto camera lens. Where is this headed in the future, what new lens technologies can we expect on our mobile phones?

Last year, Samsung Electronics filed a patent for a Galaxy smartphone with moving camera sensors. This time, the South Korean manufacturer seems to be exploring the possibilities of implementing a movable camera system in a smartphone, for more photography options and better image quality.

Samsung smartphone camera that can move

In October 2020, Samsung Electro-Mechanics filed a utility patent with the United States Patent and Trademark Office (USPTO) for a ‘Camera module and portable electronic device including the same’. The 19-page documentation was released on August 5, 2021, after which it is also included in the World Intellectual Property Organization (WIPO) database for worldwide protection of the patented technology.

The documentation mentions a Samsung Galaxy camera with a movable construction. It concerns the implementation of a triple camera on the back of the device. A wide angle, ultra wide angle and a telephoto lens are used. Additionally, additional cameras can be added.

The wide-angle lens is placed in the center. The ultra-wide angle and telephoto lens are placed to the left and right of the main camera. Each lens has a different Field of View (FoV).

By default, the three cameras are placed next to each other. Depending on the shooting situation, the user can move the center lens downwards (via the touchscreen), simultaneously the other two cameras will move to the sides – creating a triangle.

As the distance between the cameras changes, the aperture also changes. In the triangle setup, the cameras have the smallest aperture, or a small opening – that includes a high aperture number (f/).

Which aperture is suitable depends on the situation. For portrait photography, a wide aperture (small number) is usually used to create a blurred background. With city photography or landscape photography, you want the entire image to be sharp, so a small aperture is desired.

It is therefore a movable camera with a variable aperture and a variable FoV. Thanks to this system, the depth of field can be set very accurately. In addition, qualitative zoom photos can also be taken.

Anyone who has ever photographed with a system camera and has used interchangeable lenses can undoubtedly imagine the advantages of this system. If you opt for a pancake lens, for example, you always have a fixed focal length – comparable to current mobile phones. However, with Samsung’s new development, users are given the option to zoom in like a real zoom lens. 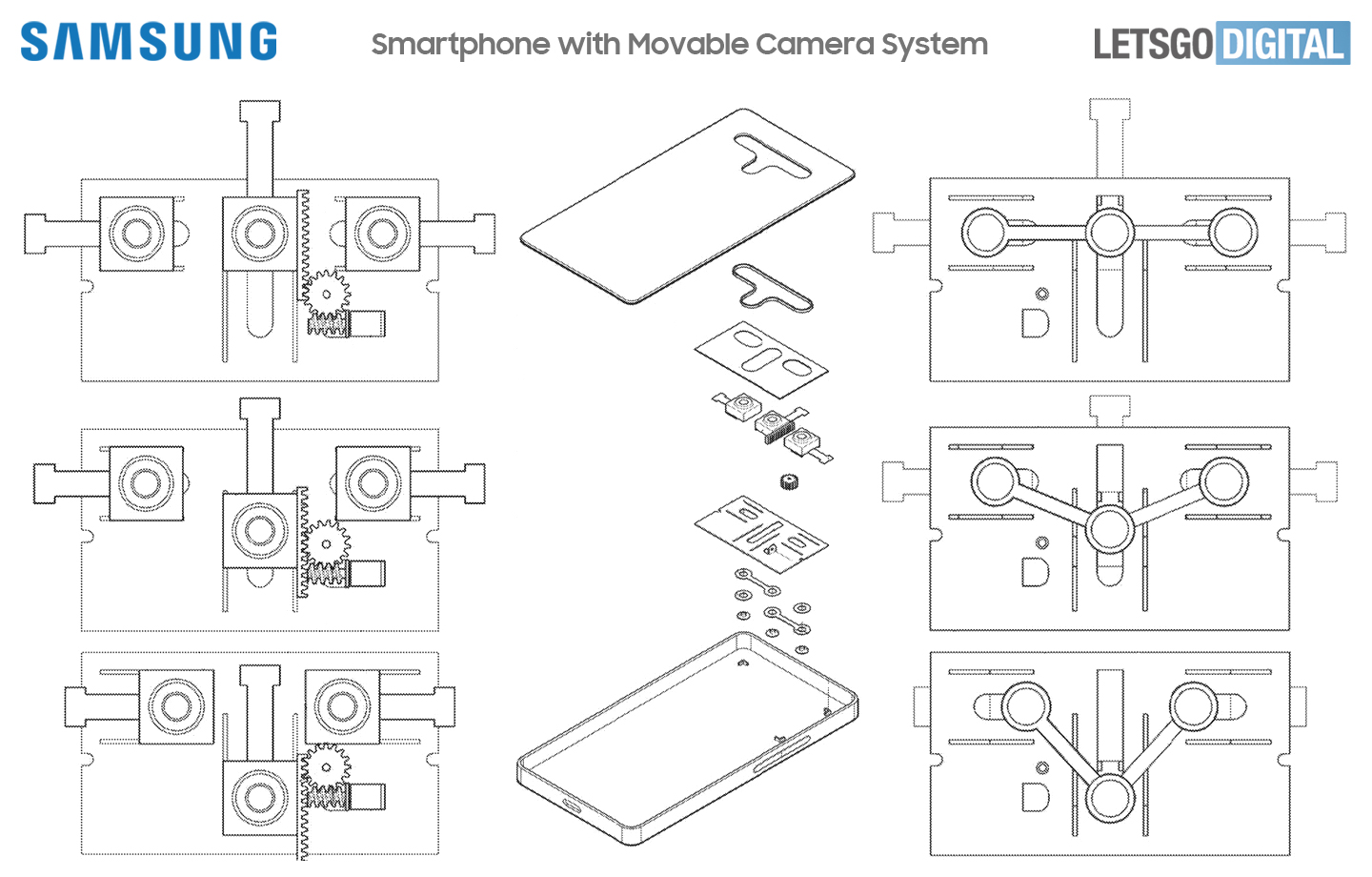 If Samsung wants to apply this technology in the future, it will undoubtedly take some time before we get to see the end result. It concerns a brand new patent from the components division of the company; Samsung Electro-Mechanics.

If this technology is successfully further developed, it will take some time before Samsung Electronics can actually apply this new camera system in a final product. Nevertheless, it is interesting to see which possibilities the company is exploring to take the image quality of smartphone cameras to a new level.

Samsung is not the only manufacturer to develop a movable camera. A year ago, LetsGoDigital reported on a Xiaomi smartphone with movable camera setup.

View the patent of the Samsung Galaxy camera system here.

Blockstream raises $ 210 million for a valuation of $ 3.2 billion