Samsung Note users are disappointed that there will be no Note 21 during Galaxy Unpacked. All hopes are now pinned on the Galaxy Note 22.

In less than two weeks, Samsung will organize a huge Galaxy Unpacked event to announce the latest mobile products. Five devices are expected, the Galaxy Z Fold 3 and Galaxy Z Flip 3 foldable smartphones, the Galaxy Watch 4 and Watch 4 Classic Wear OS smartwatches and finally the Galaxy Buds 2 wireless earbuds. For a while it was thought that the Galaxy S21 FE will also appear on the scene, but the launch of this device has been delayed for a month or two.

However, Samsung Galaxy enthusiasts will miss another device in this list. Traditionally, the August event is used to announce the new high-end Note models. After the Galaxy Note 20 and Note 20 Ultra were released last year, it should be the turn of the Galaxy Note 21 (Ultra) this time. But unfortunately, Samsung has decided not to release a new smartphone within this series this year, which has led to a lot of dissatisfaction among the fans. 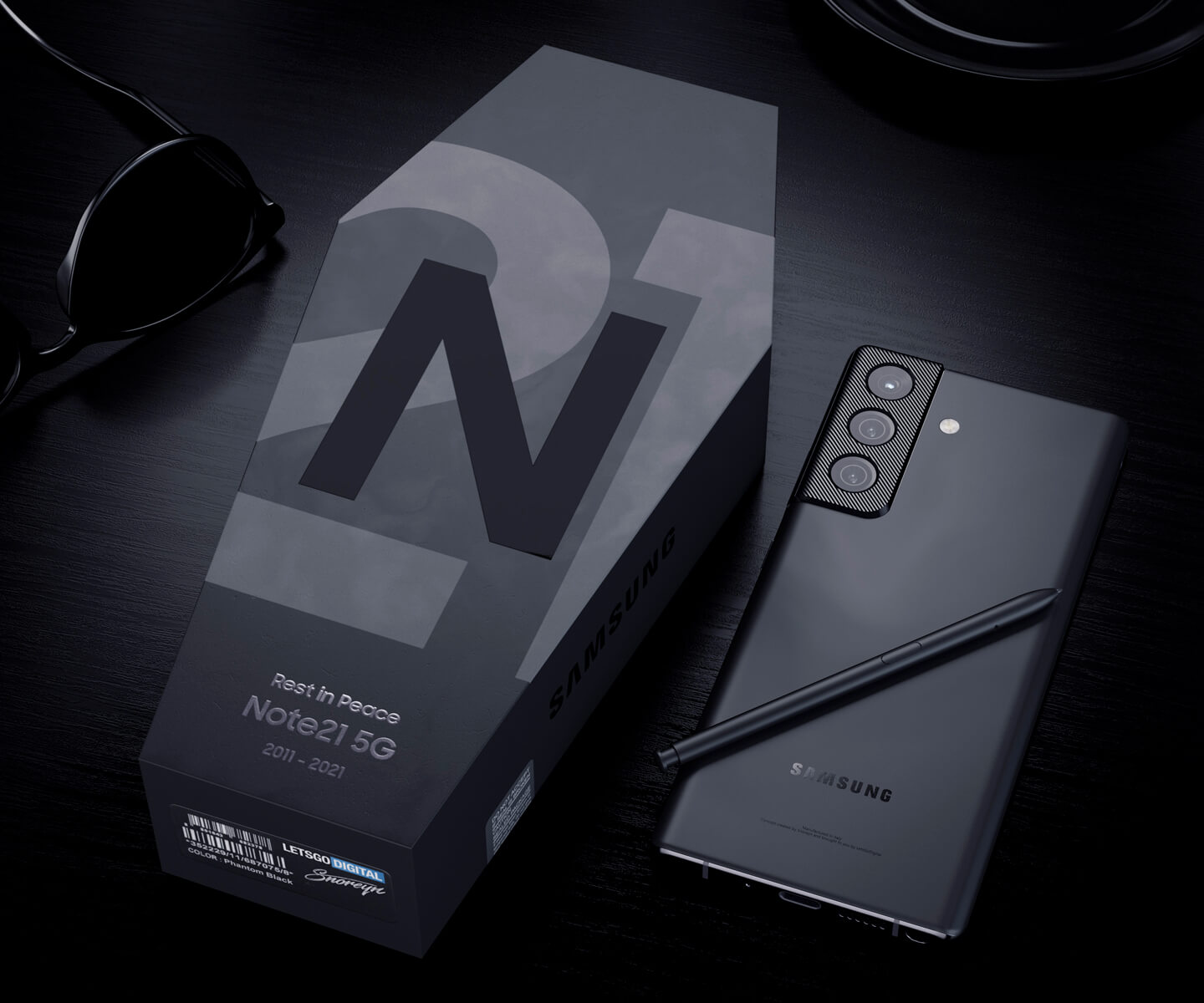 To accommodate Note enthusiasts, Samsung has decided to provide a number of other models with S Pen support. Think of the Galaxy S21 Ultra introduced at the beginning of this year. The Galaxy Z Fold 3, which is expected in the coming month, will also be able to be used with Samsung’s famous stylus. With this, the case is closed, or so Samsung must have thought.

However, nothing could be further from the truth… Note fans are saying massively that they don’t agree with Samsung’s decision to focus all attention on the foldables. The Note community is not particularly large, after all, they remain devices for the niche. Traditionally, this is Samsung’s most expensive cell phone lineup.

Although the smartphones are often inspired by the Galaxy S series, Note devices usually offer various extras. Just a little more memory, a slightly better camera, etc. The fact that there is no Galaxy Note 21 (Ultra) on the program this year is therefore experienced as a real loss by many fans. 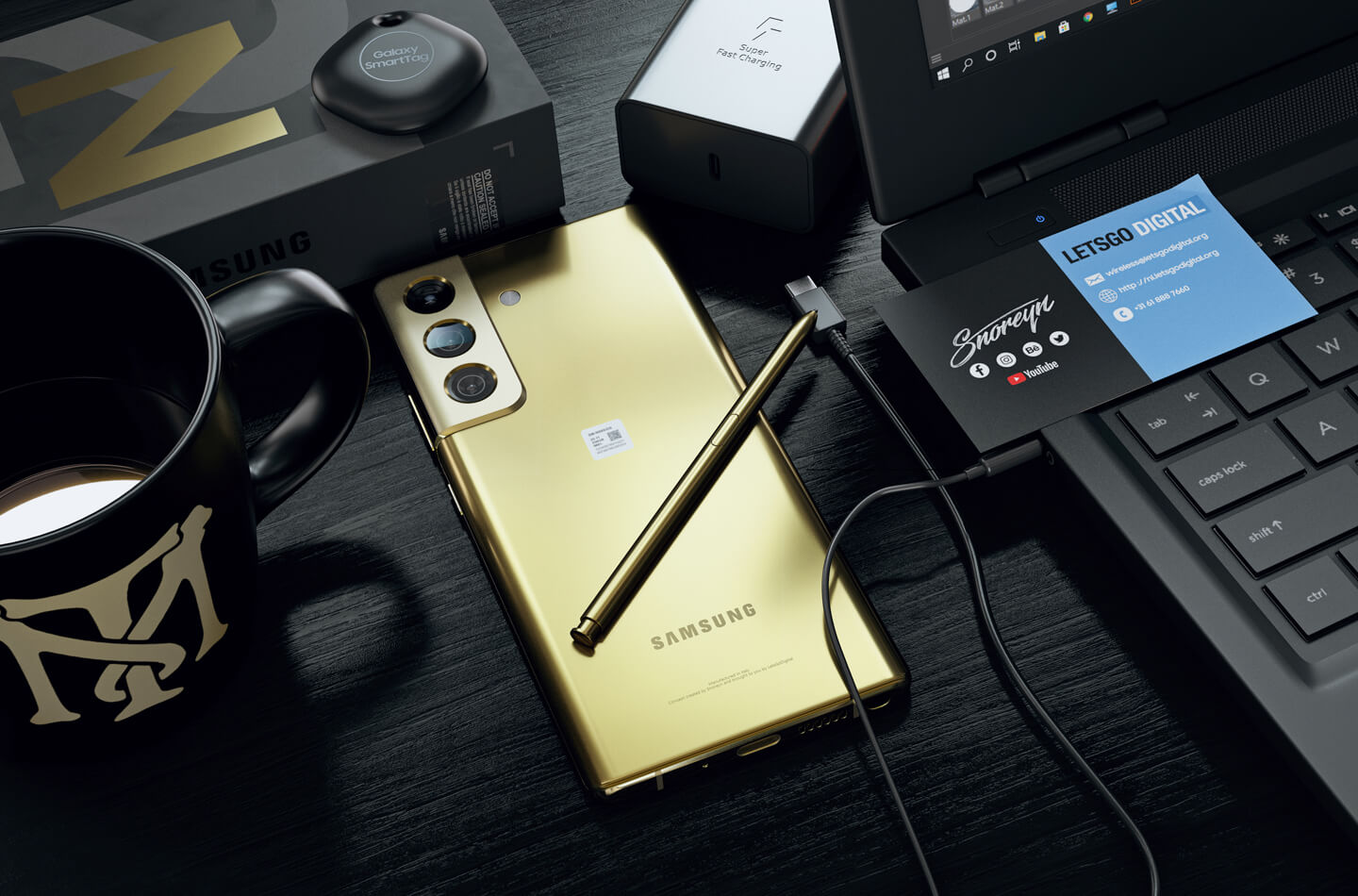 That has prompted fan site SamMobile to start a petition two days ago, with the aim of getting Samsung to release a new Galaxy Note top model in the first half of 2022. Because many people don’t like to wait a whole year before the Samsung Galaxy Note 22 series appears.

Initially the goal was to collect 10,000 signatures, but it took less than 24 hours before the necessary signatures were put in place. As a result, the target has now been adjusted to 25,000. At the time of writing, more than 20,000 people have already signed the petition, there is a good chance that the target number will be reached before the end of the day. Of course, this does not mean that Samsung will also listen to its fans, but a strong signal will be sent out.

There have been rumors for some time that Samsung wants to say goodbye to the Galaxy Note line-up. Thus, the company could fully focus on the foldable smartphones and the high-end S series. Finally, the target audience willing to spend $1,000 or more for their smartphone is relatively small. Cannibalism can occur by releasing too many models within this price range. Thus, the Note series seems to be nominated to disappear completely – especially now that the S Pen is no longer exclusively intended for this series.

Despite this, this is still denied by Samsung. The company would still be determined to further shape the Galaxy Note line-up in the future. The main reason not to release a Galaxy Note 21 this year is the chip shortages caused by the corona pandemic. This is also the reason why the release of the Galaxy S21 FE has been delayed.

It is not entirely the first time that a Note has been canceled. Many will remember the debacle with the Galaxy Note 7. That model had a flammable battery, so that the device was eventually withdrawn from the market. However, confidence was quickly restored and after a successful Note 8, 9, 10 and Note 20 introduction, many were eager to look forward to the Galaxy Note 21 series.

Since Samsung has now confirmed that it will no longer announce a new Note this year, it is likely that the Note 21 will never be introduced again. Samsung will probably skip this designation, to announce the Note 22 next year. Thus, the model names remain similar to those of the Galaxy S series. This is also the reason that no Galaxy Z Flip 2, but a Galaxy Z Flip 3 will be introduced this year. In addition, the designation ’22’ also corresponds to the year in which it is introduced. 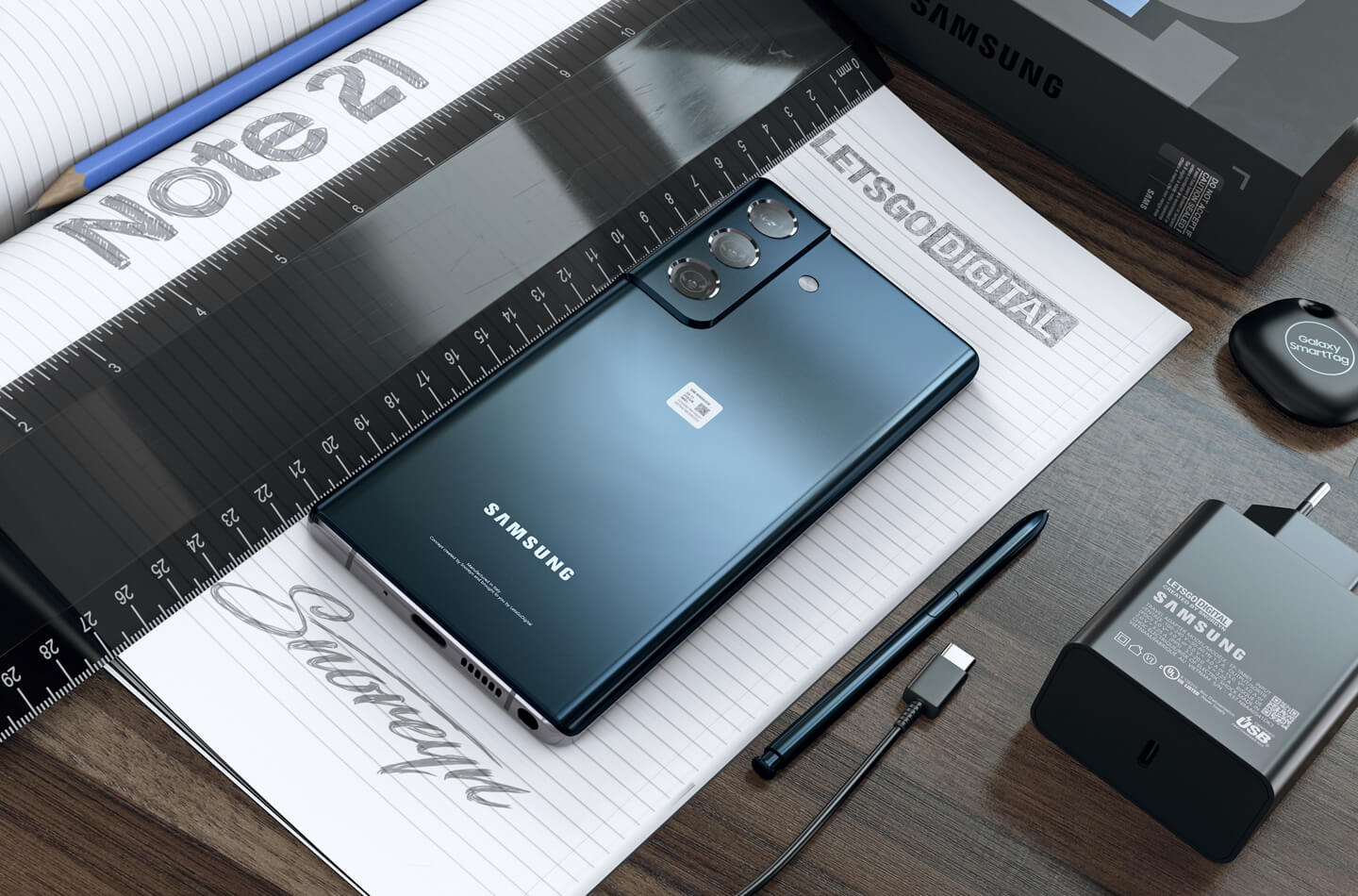 For the time being, it remains completely unclear when the Galaxy Note 22 will be introduced. It is certainly not inconceivable that we will have to be patient until August 2022. In that case, we do expect to see a number of important innovations. Naturally, the new models will include support for the S Pen, which has been the iconic feature of the Note lineup for years.

It is expected that at least two new models will be announced, a base model and a Galaxy Note 22 Ultra. It is possible that an extra cheap Fan Edition (FE) will eventually be released. This year there were also rumors that a Galaxy Note 21 FE would appear – as a successor to the Galaxy Note 10 Lite.

Of all these anticipated models, Giuseppe Spinelli, aka Snoreyn, has created a series of impressive renders. However, it should be clear that now that the Note 21 series has been definitively canceled, the design will probably also be adapted for the Note 22 line-up.

With the Note 20 series, Samsung chose to make a number of clear differences between the base model and the Ultra variant. For example, the base model has a lower resolution display, a plastic back panel, a less impressive camera system and less memory. Samsung will probably use a similar strategy with the Note 22 series expected in the coming year. 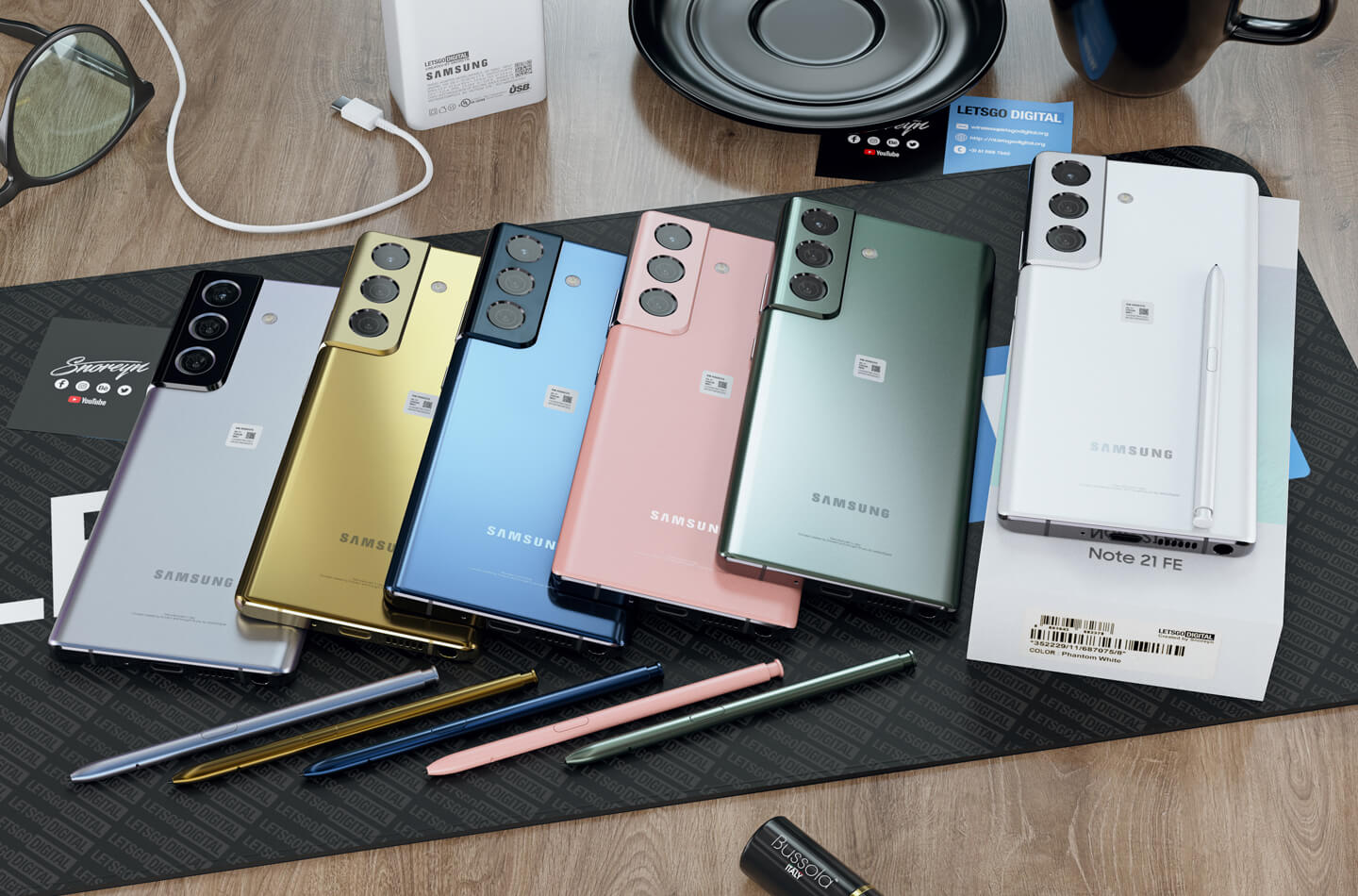 One of the points on which Samsung (finally) seems to be making progress in the coming year is the fast charging technology. If we are to believe the rumors, the Samsung Galaxy S22 series will be the first smartphone series from Samsung that is compatible with a 65W charger. A huge difference with the 25W support of the Galaxy S21 models. Logically, this fast charging technology will also be incorporated in the new Note models.

Unfortunately, it is in line with expectations that a charger or earplugs will no longer be included as standard. The company started this trend at the beginning of this year with the release of the S21 series. The official reason for this is that Samsung wants to spare the environment, but the company is not very creative to actually give shape to this.

Nokia has decided to follow the same strategy, but if you buy a Nokia charger as an optional accessory, the entire proceeds will go to Clear Rivers – a Dutch non-profit organization that works to remove plastic waste from international waterways. In this way, the company shows that it is actually committed to the environment. At Samsung, on the other hand, it seems to be mainly about filling its own cash.

Because no matter how many chargers you have at home, precisely because such great progress has been made in recent years in the field of fast charging, these chargers quickly become obsolete and significantly slower, which increases the need to invest in a new charger. Which also has to be packed separately and shipped separately – and the environmental benefits are gone. However, in a declining smartphone market, manufacturers are eager to create new ways to make money. 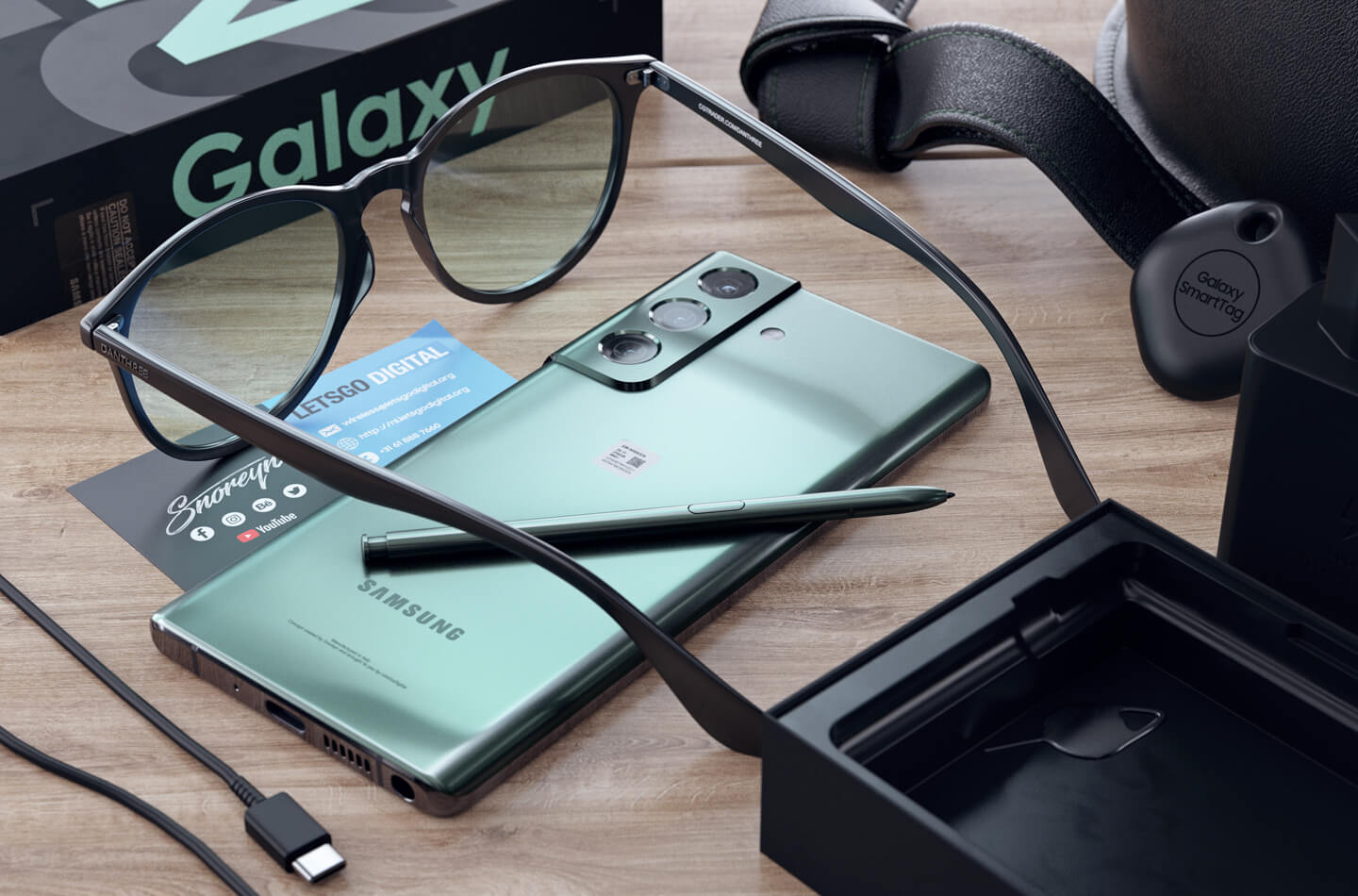 Another point where we expect innovations is the under-display camera. The Galaxy Z Fold 3 will be the very first Samsung smartphone where the selfie camera is placed under the screen. This is also called an under-panel camera by Samsung, as LetsGoDigital discovered at the beginning of this year. The in-display camera technology is similar to that of the ZTE Axon 20 and the recently introduced Axon 30.

However, the image quality of this new type of selfie camera will be inferior to a punch-hole camera. For the Z Fold 3, that is not such a problem, since you always have an extra selfie camera – when you close the foldable phone. With a high-end device such as the Galaxy Note 22 Ultra, however, Samsung will first want to make sure that the image quality is comparable to that of traditional selfie camera systems.

If that is not the case, the South Korean manufacturer could also decide to only provide the standard Note 22 with an under-panel camera, the Ultra model could then be equipped with a punch-hole camera – a similar strategy ZTE has also applied to the Axon 30 / Axon 30 Ultra.

Of course you can assume that Samsung will also grab the camera at the back. The same goes for the chipset and the software. The innovations will of course feel like extra valuable, as there will be more time between the release of the Note 20 and the new model. 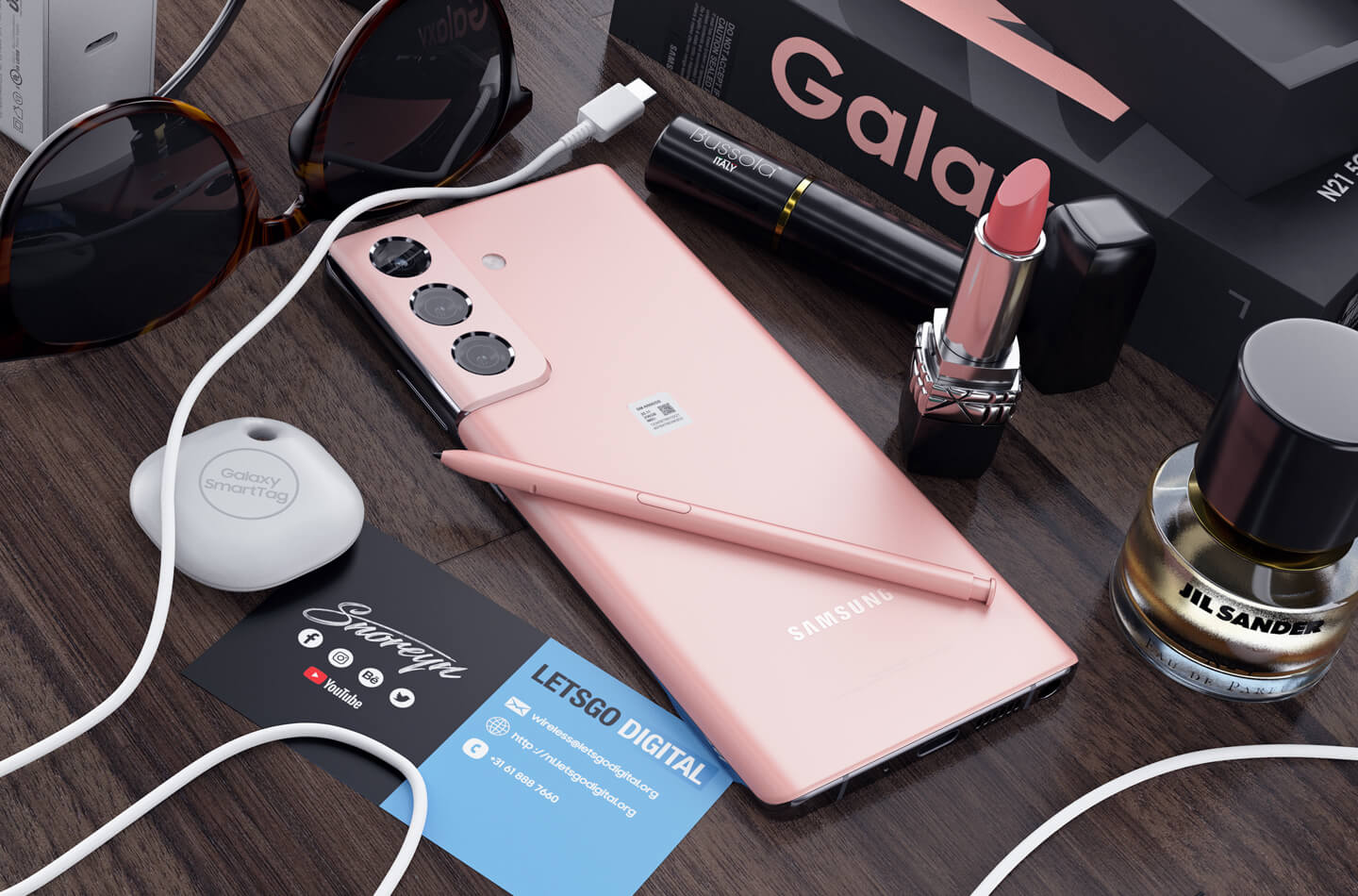 For the time being, it remains speculation when we can expect the new models. For now, however, very few details are known about the Samsung Galaxy Note 22 line-up, so it is likely that we will have to wait until the second half of 2022 – with a release in August being the most likely, given the history of this smartphone. series.

Note to editors : The product images shown in this publication are created by in-house designer Giuseppe Spinelli (aka Snoreyn). The presented 3D renders are for illustrative purposes only, this product is not for sale. Feel free to use the images on your own website, YouTube and/or social media channel, please be so respectful to include a clickable source link into your publication.

unfolding in the Belarusian forest A “concentration camp”-like structure used to detain dissenters from the state.