The Galaxy Z Flip 3 has been officially announced by Samsung. Read all about the design, the specs, the colors and where you can buy the new clamshell here.

Many have been looking forward to it for months, today is the moment. Samsung Electronics has announced two new foldable smartphones during Galaxy Unpacked 2021. It concerns the Galaxy Z Fold 3 and the Galaxy Z Flip 3. Both foldable devices are significantly sturdier than before and also cheaper than their predecessor. In this publication we limit ourselves to the new clamshell model.

The new Galaxy Z Flip3 has a surprising suggested retail price of €1,050. A huge price difference with the original Z Flip (5G), which was put on the market for €1,500. But what can you expect for this? Samsung has made a handy Infographic available, on which all specifications and the main differences with its predecessor are explained. 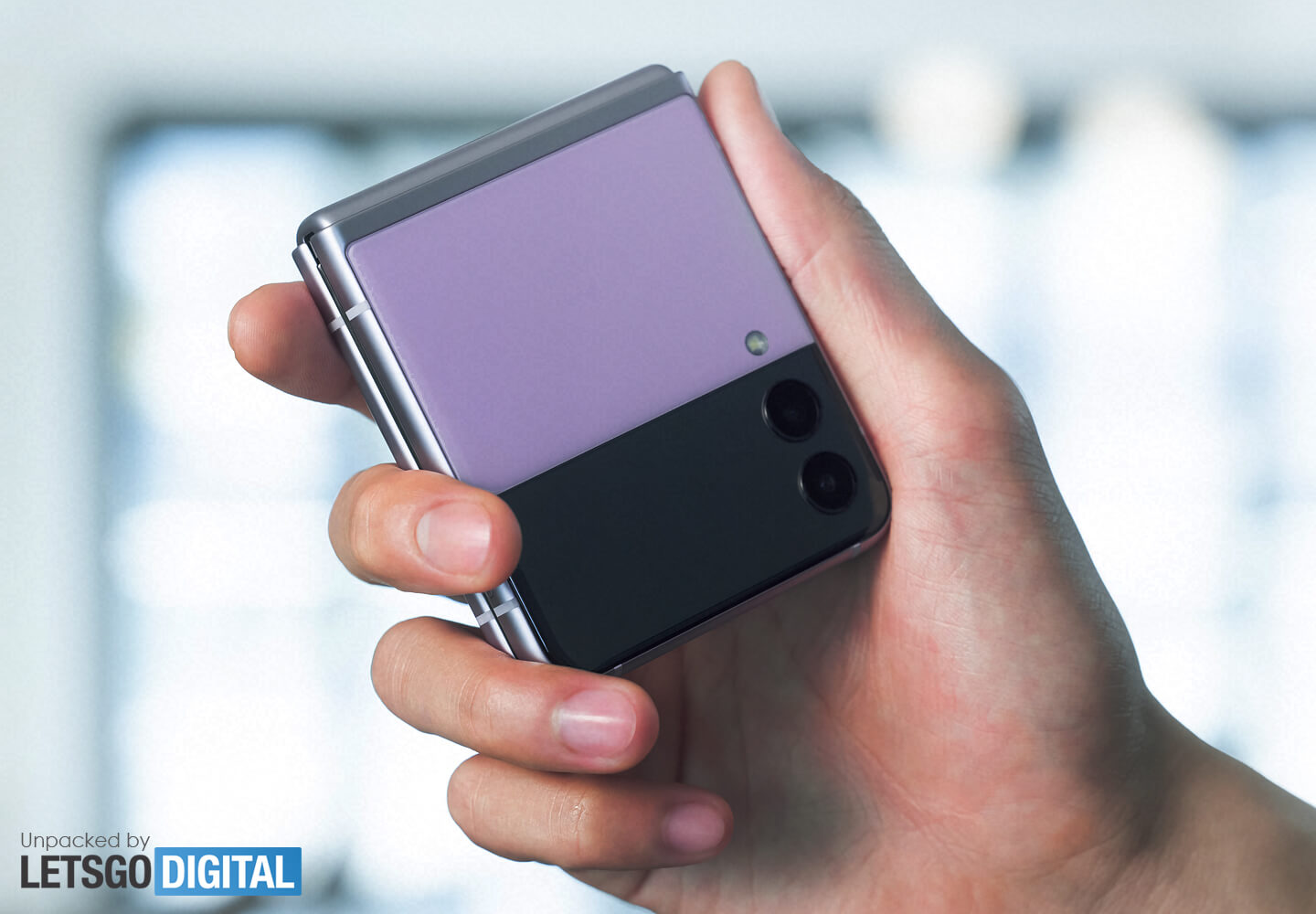 The new flip phone will be equipped with a larger cover screen than before. The 1.9-inch Super AMOLED display can display significantly more content than the old 1.1-inch display. As a result, you can not only see that a new message has arrived, you can also read the message immediately and, if desired, answer quickly – without having to open the phone.

As soon as you open the phone, a beautiful 6.7-inch Full HD+ Dynamic AMOLED display unfolds. This screen is unchanged in size, but the refresh rate has been increased to 120Hz. A high refresh rate contributes to nicer animations and more scrolling ease.

This time Samsung has put extra effort into sustainability. This has resulted in an Armor Aluminum frame, the strongest aluminum frame Samsung has used to date. Both the front and back of the device are equipped with Corning Gorilla Glass Victus, which significantly reduces the chance of impact and scratch damage.

At least as striking is the IPX8 rating. The Galaxy Z Flip 3 and Z Fold 3 are the first-ever waterproof foldable smartphones. The devices are just as water resistant as the Galaxy S21 series. In practice, this means that the new Flip can be kept under water for 30 minutes, up to a depth of 1.5 meters. There is one important difference with the regular smartphones of the brand, because the folding phones have not been tested for dust resistance, only for water resistance. Nevertheless, this is an important step forward.

The camera system has remained unchanged. A 10-megapixel punch-hole selfie camera is built-in, in addition, a dual camera has been placed next to the cover display, consisting of two 12-megapixel image sensors. The wide-angle camera has a bright f/1.8 lens with an angle of view of 78˚. With the ultra-wide angle camera you can take expansive landscape photos, this lens has a field of view of 123˚ and an f/2.2 aperture.

The hardware and software have also been updated. The old model was powered by a 7nm chipset, the new clamshell from Samsung features a Qualcomm Snapdragon 888 SoC, which is baked according to the 5nm process. This chipset also makes 5G support possible, so that in combination with a 5G subscription you can use the super-fast mobile internet network that is now available in the vast majority of the Netherlands. It comes with 8GB of RAM and a choice of 128GB or 256GB of storage.

The Android 11 smartphone is also equipped with a fingerprint sensor that is incorporated in the power button on the side of the device. The battery capacity of 3,300 mAh has remained unchanged, and the dimensions and weight are almost identical to its predecessor. 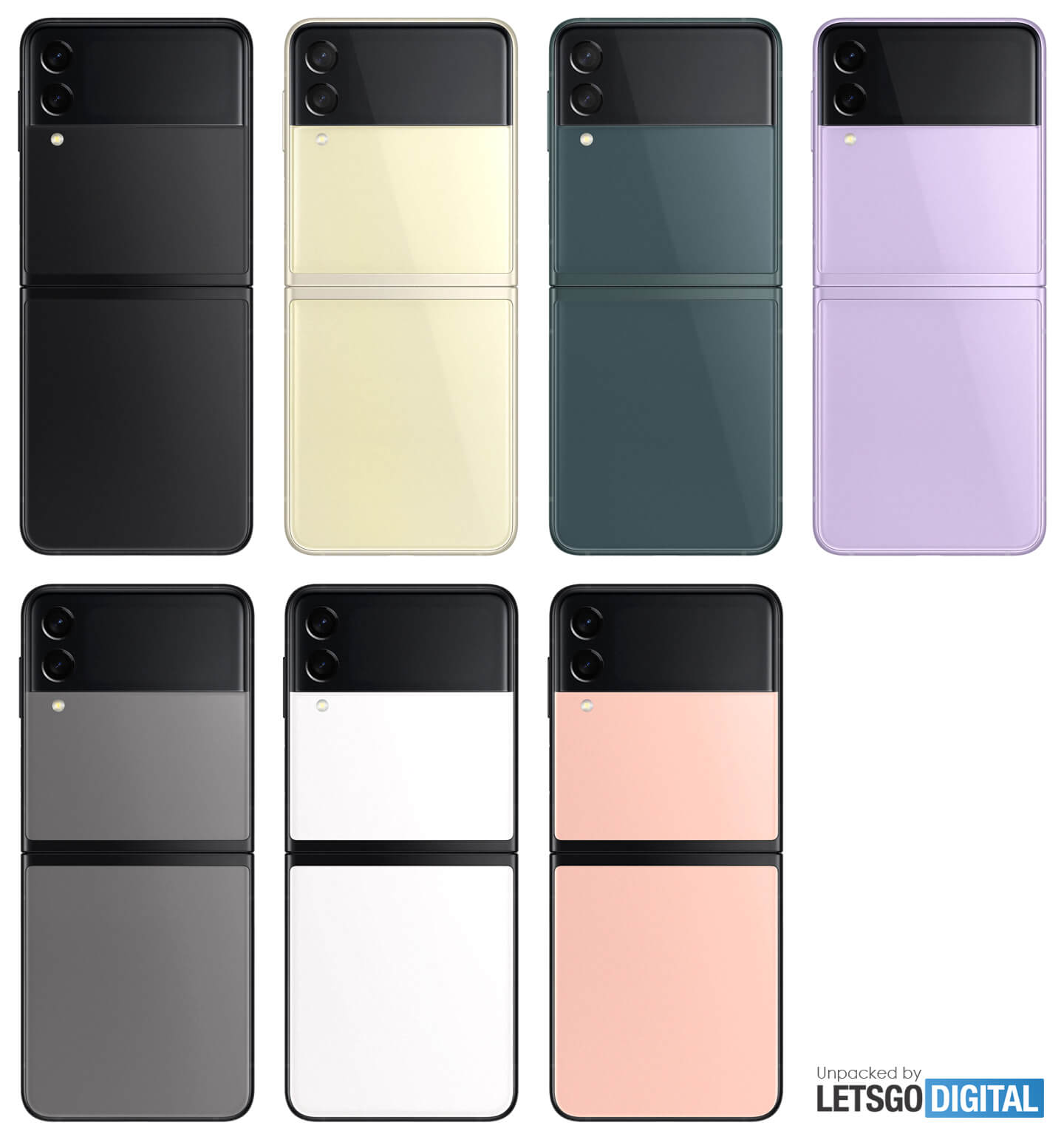 What does the Z Flip 3 cost and in which colors is the flip phone available?

Perhaps the most noticeable change from last year is the price. The new model is significantly more durable than before. The design has been revised, more colors are available and a larger cover display has been integrated. Despite this, Samsung has seen an opportunity to lower the suggested retail price. It’s not about a few tens, it’s about a price reduction of no less than € 400 – you read that right; four hundred euros! This means that the price has been reduced by more than 26.5%. Unknown!

It is a great achievement that Samsung is able to market this foldable construction for such a competitive price. The sales numbers of the original Z Flip (5G) were already impressive, the new model will undoubtedly be sold much more often. Finally, the Samsung Galaxy Z Flip 3 is even cheaper than the Galaxy S21 Ultra – which launched at the beginning of this year for €1,250.

If you consider buying the new Flip, please realize that the device does not support a microSD memory card. For €1,050 you can buy the 128GB model, for €50 extra you get twice as much storage memory. Personally, I would definitely opt for the 256GB option. If you regularly take photos and videos and/or put music files on your phone, you will soon run into limitations with the 128GB model after about a year. Too little memory will also affect the overall performance, causing your device to respond slowly. If you want to prevent this, the 256GB model is the better choice.

Samsung is making its clamshell available this time in many more colors than before. By default, the Flip comes in Phantom Black (black), Cream (cream), Green (dark green) and Lavender (light purple). In addition, three Custom Colors are made available via the Samsung website, namely Gray (grey), White (white) and Pink (pink). These adjusted colors are produced on request, so the delivery time is slightly longer than usual, but with this you will of course get an exclusive model and the price is equal to the regular color variants.

Finally, the design, which you can of course not compare in the Infographic. Yet the differences are so great that they are certainly worth mentioning. Samsung has opted for a high-profile two-tone design with the Z Flip 3. Thanks to the larger cover display and the vertically placed dual camera, the folding phone looks much more modern than its predecessor. In addition, the compact form factor has been retained.

Soon we expect to receive a test copy from Samsung Netherlands at the editorial office of LetsGoDigital. Of course you can expect a full Samsung Galaxy Z Flip 3 review, in which all the advantages and disadvantages of this folding phone will be discussed in detail.