Samsung is developing an updated SmartView app to connect Galaxy smartphones to a television for streaming multimedia content.

Samsung fans are eagerly looking forward to next Wednesday, the biggest Galaxy Unpacked 2021 event will take place on August 11. During the event, the Galaxy Z Fold 3 and Galaxy Z Flip 3 foldable smartphones are expected, as well as the Galaxy Watch 4 (Classic) and the Galaxy Buds 2. During the introduction of these new products, all new functions and services will also be discussed. For example, LetsGoDigital reported last week about a renewed Galaxy Referral Program. It seems that Samsung also wants to give a new impulse to its Smart View service.

The Smart View function with accompanying app was launched in 2011 and allows users to connect a Samsung phone to a TV. For example, you can use the smartphone as a digital remote control. Although the service still exists, the accompanying app was removed from the Google Play Store and Apple App Store last year. Alternatively, users can use the Samsung SmartThings app, the South Korean manufacturer said at the time. 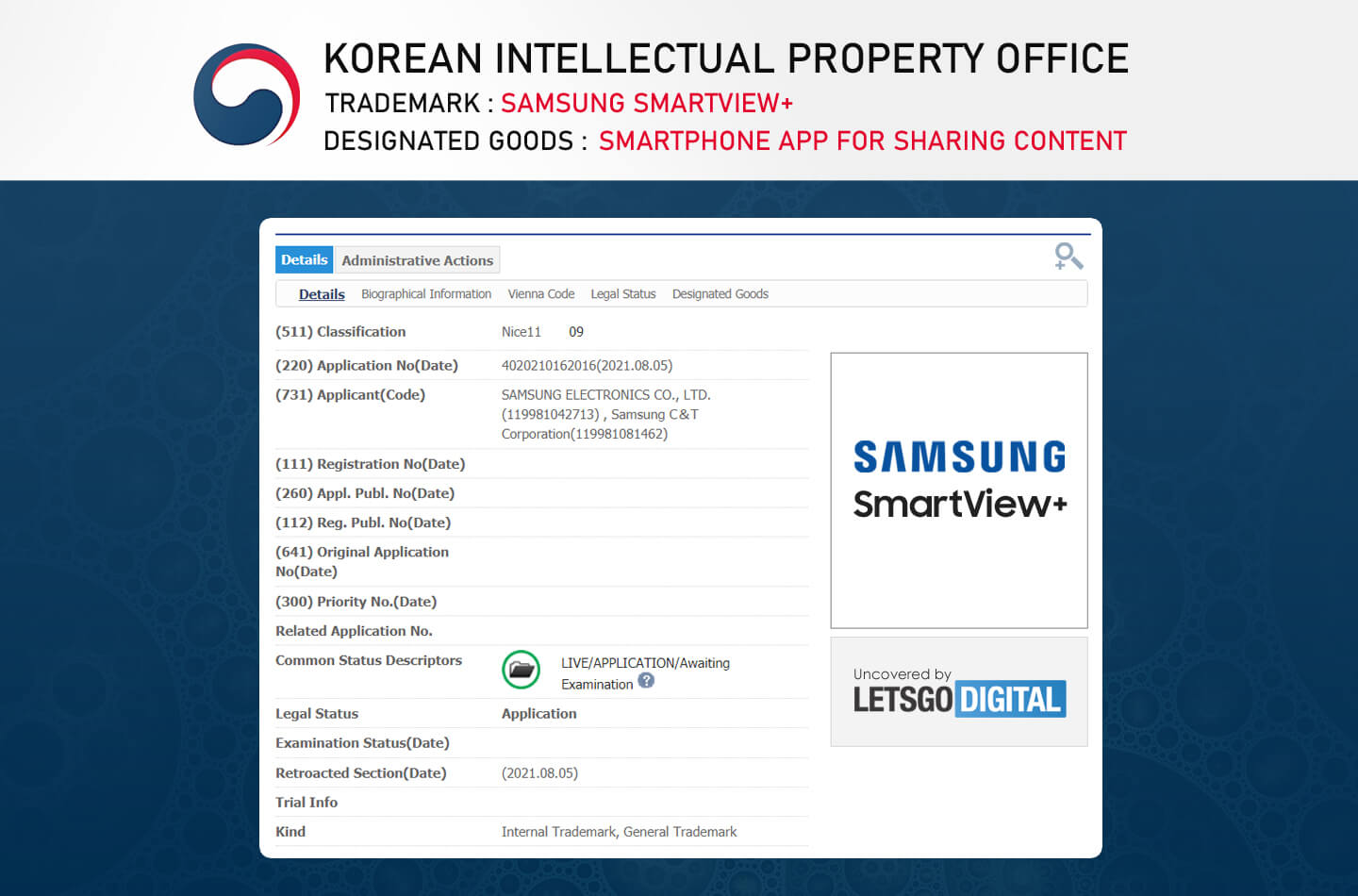 Nevertheless, Samsung seems to want to breathe new life into this application. On August 5, 2021, Samsung Electronics filed a trademark in South Korea with the Korean Intellectual Property Office (KIPO) for the name SmartView+. The application is categorized as Class 9 with the following description:

From the description it can be concluded that it is a smartphone app that should make it possible to stream multimedia content – such as music, videos and photos – to a TV.

The ‘+’ sign seems to indicate that the application will offer more features than before. The new app should also make it possible to share a playlist with music or videos. It is also striking that Samsung has written the name together this time, while the service was previously called ‘Smart View’. By putting it together, the name fits better with other services such as SmartThings.

It remains unclear when SmartView Plus will be officially announced, it is certainly not inconceivable that we will hear more about this next Wednesday when the Galaxy Z Flip 3 and Galaxy Z Fold 3 are officially announced. Finally, Samsung is now investing heavily in an ecosystem where multiple products from the brand work together seamlessly.