The countdown has begun! On Wednesday, August 11 at 4:00 PM, the Samsung Galaxy Unpacked 2021 event will take place, where a range of new mobile products will be introduced. As every year, the launch event can be followed via a live stream. Samsung is expected to announce two foldable smartphones, two smartwatches and a set of earbuds. A new Galaxy Note will not arrive this year, also for the Galaxy S21 FE it is still too early. All attention this time will be on the Galaxy Z Fold 3 and the Galaxy Z Flip 3.

To stay ahead of the increasing competition from China, Samsung has shifted its focus to foldables. No other manufacturer has released as many foldable devices as Samsung.

Under the slogan ‘Is ‘good’ good enough?’ the company will introduce its 3rd generation foldable smartphones. With the second generation, the focus was on more screen and better features. This time, the devices will offer unprecedented possibilities in the field of multitasking, the company has already revealed. In addition, the new models will be significantly more solid than before. Read all about the design, specs and functions of the Samsung Galaxy Z Fold 3 and Galaxy Z Flip 3 here.

By far the most focus during the upcoming Galaxy Unpacked event will be on the new folding phones. For next year, the company seems to have completely different plans, in fact the Galaxy Z Roll and Galaxy Z Slide are expected in 2022. Although the differences between these models are still unknown, these are expected to be the first Samsung rollable smartphones with a rollable screen.

However, it is not that far yet, the Z Fold 3 and Z Flip 3 will be improved on many points, in addition, Samsung will lower the price compared to last year. So a win-win situation. The folding phone in particular will be significantly cheaper than last year, with a starting price of €1,100, this folding phone will be even cheaper than the Galaxy S21 Ultra. For the Z Fold 3 you have to save a little longer, that device is said to get a starting price of € 1,900. 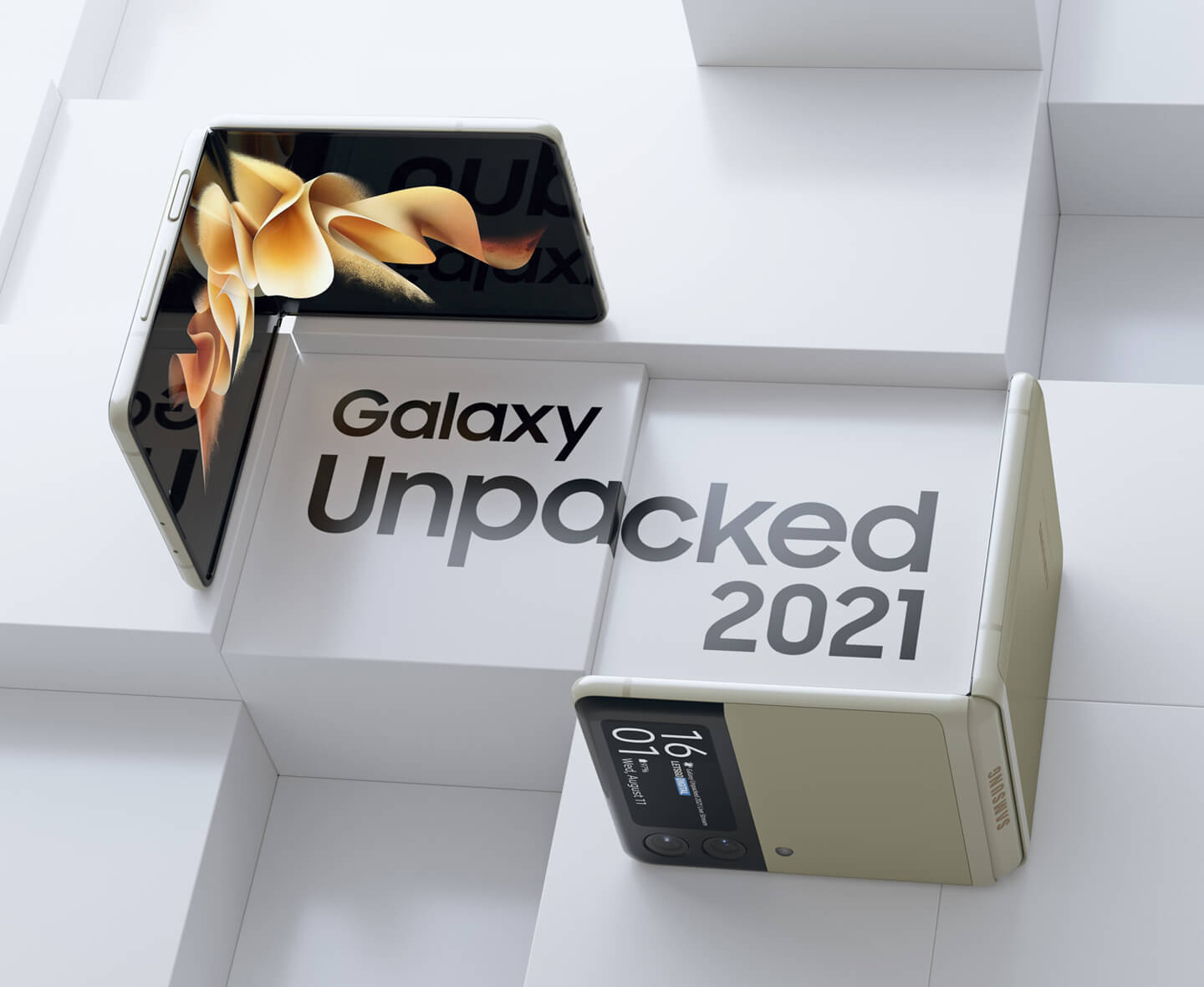 By the way, if you’re wondering what happened to the Z Flip 2, because the new Flip will be introduced simultaneously with the Z Fold 3, Samsung has decided to equalize the names, LetsGoDigital already revealed in April this year.

Finally, Samsung will also announce a set of new wireless earbuds during Galaxy Unpacked August 2021. The Galaxy Buds 2 will be carried alongside the Galaxy Buds Pro, the latter was introduced at the beginning of this year at the time of the Galaxy S21 series. The new earbuds will be slightly less advanced than the Pro variant, which will also result in a slightly lower retail price (€160). Despite the lower price, these earphones will also have Active Noise Canceling technology.

Samsung has already put the ‘Get ready to Unfold’ trailer online below, in which the company shows its rich history in the field of mobile phones.

Did you know that initially Samsung was not a tech company at all? The company was founded in 1938 by Lee Byung-chul and initially exported dried fish from Korea to China. It would then take another 30 years before Samsung started exploring the tech world, from that moment the company became active in the TV market. It would then be another 20 years before the brand’s first mobile phone appeared.

It was 1988 when the Samsung SH-100 was released, the very first Samsung phone. With that device you could not do much more than just make calls. In 2001, the South Korean manufacturer released its first smartphone, the Samsung SPH-I300. The Android OS did not exist then, but thanks to the Palm OS operating system you could already surf the internet, send emails and send messages with this device.

In 2009, the first Galaxy smartphone was released, the Samsung Galaxy GT-i7500 was also the first Samsung device that ran on Android. A year later, the first Galaxy S series smartphone would be released. This line-up is still very much alive, as the Galaxy S21 series was announced at the beginning of this year as new top models for 2021. 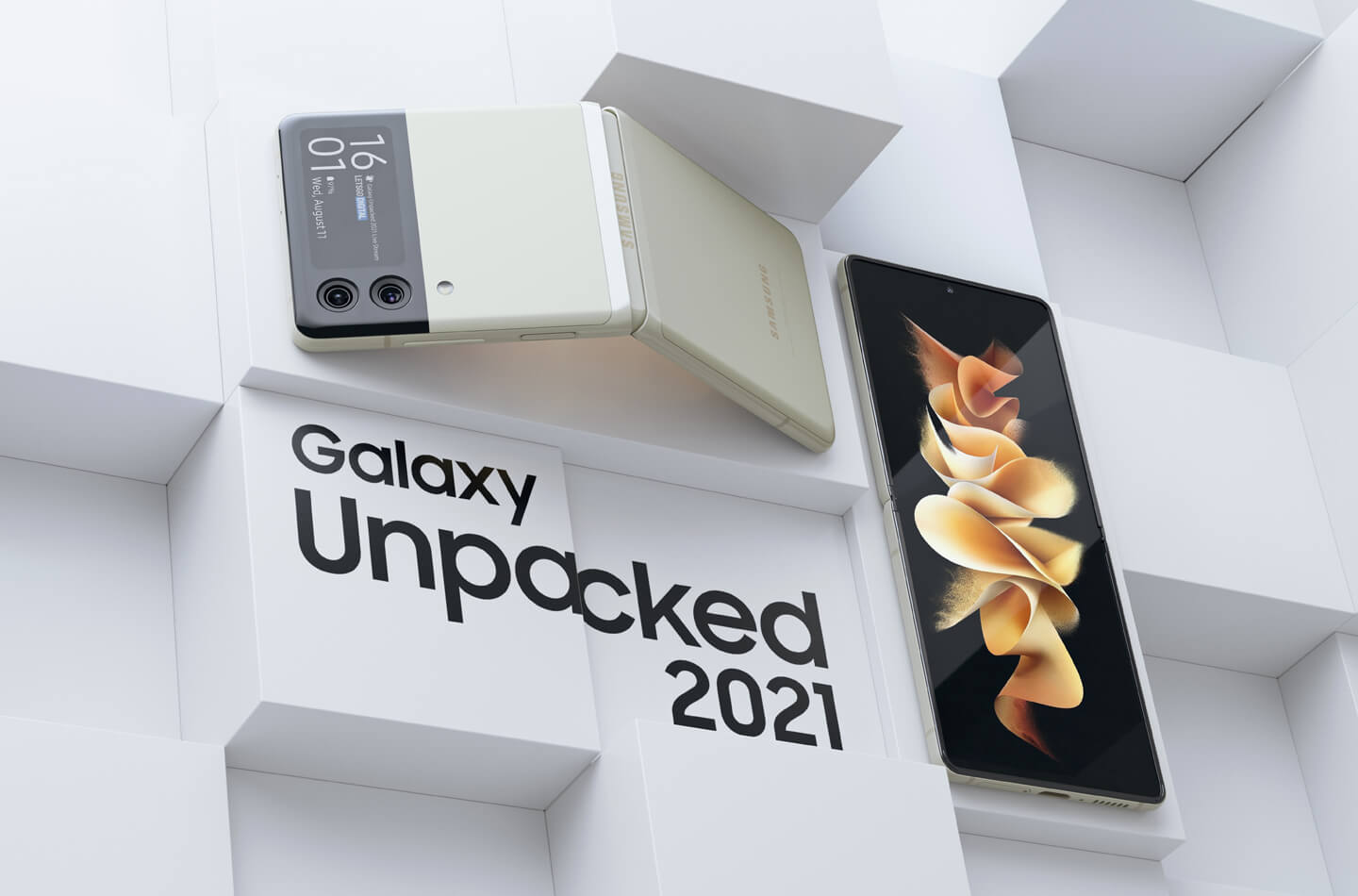 Samsung’s tentacles now extend much further. The company is active in many markets. For example, did you know that the largest theme park in South Korea, called Everland, is also owned by Samsung? A fun fact if you visit Korea again.

It should be clear, Samsung has many years of experience when it comes to mobile phones and smartphones. After the switch from mobile phones to smartphones, the South Korean manufacturer is convinced that the era of foldable phones has now arrived.