Formerly known as Smartkey, we already introduced you to the Skey Network platform on Cryptoast. Using blockchain technology, this project aims to support the technological fabric of a smart city.

By using smart contracts, the solutions developed by Skey Network are strongly focused on the automation of various services, which are considered essential in a so-called smart city. An open platform, Skey Network provides an array of tools that businesses and individuals can use to build their own applications.

With the ambition of creating an economy of physical assets linked to the blockchain, Skey Network has already approached major partners, in particular the Polish branch of Orange. This partnership results in the marketing of a SIM card integrating the “blockchain of objects”.

This new kind of SIM card implements Skey Network technology so that emergency services in the Polish city of Olsztyn can seamlessly access specific neighborhoods and areas using sensors.

👉 To find out more about this, find our full presentation of Skey Network

On November 10, Skey Network took it to the next level by launching its mainnet. Thus, the project now has its own blockchain and therefore dedicated nodes.

For the moment, only 12 nodes managed by the Skey Network team are in operation, but the network will gradually open up to external actors over time.

In addition, it is quite possible in the future for Skey Network partners to operate network nodes themselves.

This new step also allows Skey Network to more simply model its panel of blockchain solutions. Developers will be able to more easily create tools dedicated to the Skey Network ecosystem and their integration will be smoother.

$ 1 million to boost its blockchain

In order to stimulate the development of its ecosystem and as part of the launch of its own blockchain, Skey Network is organizing a competition open to startups from all over the world, the “Skey Challenge”.

From December 1 to the end of January 2022, startups will be able to compete to share a total amount of $ 1 million, which 10 winners will share. The winners will be announced in March 2022.

For Skey Network, this competition will serve as a catalyst for new products of the “blockchain of objects”, which will have been built on the Skey blockchain.

“The Skey Challenge is a way to encourage innovation in this area and to reward the biggest and best ideas from around the world. It is part of our commitment to unearth future smart city use cases and we look forward to seeing what our participants can create, ”said Szymon Fiedorowicz, CEO and co-founder of SKey Network.

Not least, the winners of this competition will retain all property rights to the products they have developed within the framework of this event.

Skey Network invites future participants to look at any aspect of future smart cities, and to design a product or tool intended to promote such an approach.

All the details about this competition are available on this page. 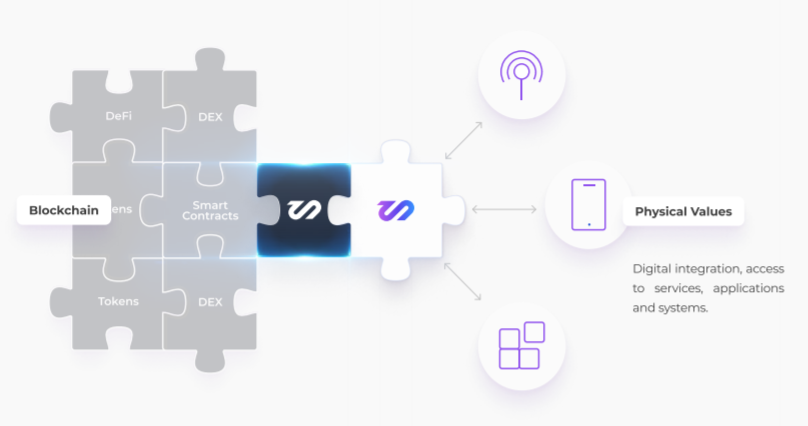 Skey Network makes the link between physical objects and the blockchain

👉 Consult the Skey Network whitepaper to learn more about the project

In recent weeks, the Skey Network teams have been accelerating. Between the rebranding of the project, the launch of its own blockchain and the organization of a competition to stimulate its ecosystem, Skey Network intends to encourage developers to develop products dedicated to the smart city.

As with any blockchain project opened in this way, massive adoption by institutions and individuals begins first with adoption by sector developers.

With them, the Skey Network blockchain will acquire many essential tools for it to succeed in its mission of democratizing the “blockchain of objects”.

If you want to join the French Skey Network community, everything goes on this dedicated Telegram channel.

India rushes to help stranded The landslide buried several cars in the hills. dozens of deaths