The Japanese Sony produces a wide variety of electronic products. For example, the company has been active in the audio field for years. Many are also familiar with the PlayStation game consoles, of which the PlayStation 5 is the latest variant. Sony is also no stranger to the camera market, for example the extensive Alpha line-up. In addition, the company has been developing Xperia smartphones since 2008. The first models still ran on the Windows Mobile operating system, now all phones are equipped with Android OS.

This rich history ensures that Sony likes to choose its own path and where possible uses the expertise of different divisions to further enrich its products. For example, Xperia smartphones are equipped with camera technology that can also be found in the Sony Alpha system cameras. You may be wondering why this extensive introduction. This has to do with a very remarkable trademark application that Sony has submitted in Europe. 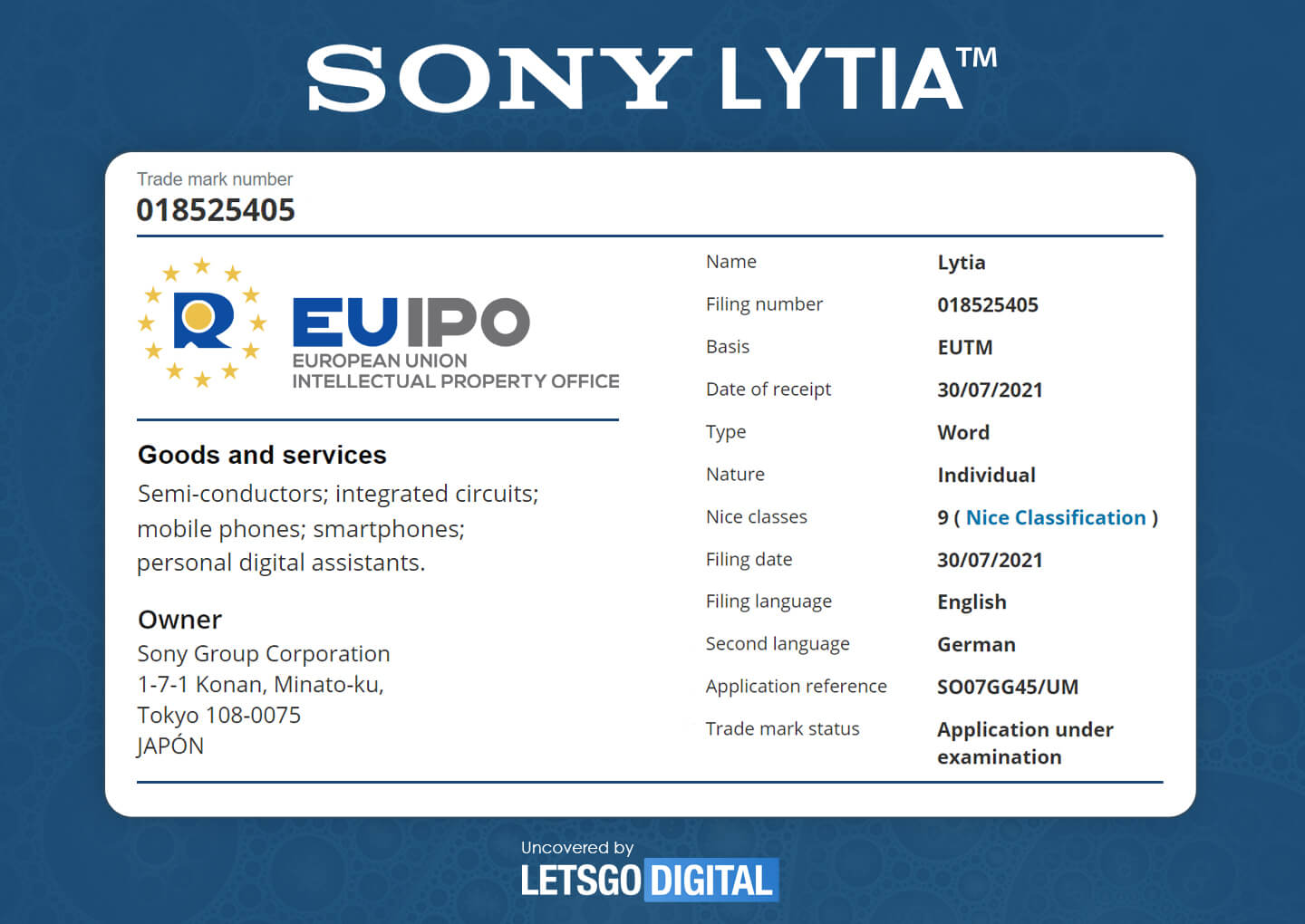 Is Sony working on new camera technology for smartphones?

On July 30, 2021, Sony Group Corporation filed a trademark with the European Union Intellectual Property Office (EUIPO) for the name Lytia. The application was submitted by intermediary Müller Fottner Steinecke Rechtsanwälte, who has submitted trademark applications for Sony more often, including for CinemaWide – the name Sony uses for its characteristic 21:9 smartphone displays. The trademark ‘Lytia’ is categorized as Class 9 with the following description: Semi-conductors; mobile phones; smart phones; personal digital assistants.

The description is short but sweet, nevertheless we still have many questions about this application. What is Sony Lytia, does the Japanese manufacturer intend to develop its own chip for smartphones? In 2015, there were several rumors that Sony is working on its own processor for Xperia smartphones. However, this never came to be.

However, semiconductors do not only include processors, but also, for example, image sensors. It is therefore at least as likely that this trademark application has something to do with the camera sensors that the company produces. Sony is the market leader in image sensors. Sony’s image sensors are used by many phone manufacturers.

Since 1954, Sony has had its own semiconductor business, mainly involved in the development of camera sensors. In 1980, the company was the first to design a color CCD camera. Afterwards, Sony started concentrating on the development of CMOS image sensors. These sensors have been improved time and again, for example CMOS sensors with backlighting. The latest innovation was announced in 2018, when Sony announced the first stacked image sensor for smartphones.

The new application seems to indicate that Sony has developed a new camera innovation. Lytia does not seem to be a new image sensor, because they are all marketed under the name IMX, followed by three numbers. This is probably a new technology that can be used for the image sensors. Just like the company uses ‘Pregius’ and ‘SenSWIR’ technology for its CMOS image sensors. The fact that this trademark has been applied for by Sony Group Corporation seems to indicate that Lytia is the commercial name of this new, unknown technology.

Sony Group Corporation has been the new name for what used to be Sony Corporation since April 2021. The company made this decision after merging its other divisions (Sony Electronics Corporation, Sony Imaging Products & Solutions, Sony Home Entertainment & Sound Products and Sony Mobile Communications) into Sony Corporation.

This trademark application may have something to do with the partnership announced last year between Sony and Microsoft. The two companies are collaborating on new solutions for AI-powered smart camera technologies and video analytics. As soon as more becomes known about Sony Lytia, we will of course provide you with an update.