Sweden has mining in its sights

Finansinspektionen, the Swedish financial supervisory authority, has called for a ban on cryptocurrency mining, citing them as a threat to the climate.

The agency published an article saying that if proof-of-work (PoW) mining is allowed in Sweden then the country will run out of renewable energy. In addition, the country will jeopardize its chances of meeting its climate obligations under the Paris Agreement. The article also questions the social benefits of cryptocurrencies by claiming that:

“The risks to the consumer are significant, and cryptocurrencies are commonly used for criminal purposes such as money laundering, terrorist financing, and ransomware payments. “

The Swedish Financial Supervisory Authority and the Swedish Environmental Protection Agency are also calling for a ban on mining across the European Union to be considered. In addition, the two agencies want companies that invest in cryptocurrency of this type (PoW) to no longer be allowed to describe or present themselves as sustainable companies.

According to Digiconomist’s Bitcoin Energy Consumption Index, the energy consumption of Bitcoin mining (BTC) would now be 187.77 terawatt-hours (TWh) per year, which is as much as a country like Thailand.

However, 57% of the energy consumed by BTC mining is renewable according to the Bitcoin Mining Council report. We can cite geothermal energy in Iceland, hydroelectric power in Canada, or photovoltaics in California.

Michael Saylor, CEO of MicroStrategy, commented on this report:

“This quarter we have seen dramatic improvements in energy efficiency due to advances in semiconductor technology and the rapid expansion of mining in North America following the exodus of Chinese miners. “

Finally, it is always good to compare the consumption of mining with the extraction of gold and the financial system. A graphic that should surely be sent to the Swedish authorities. 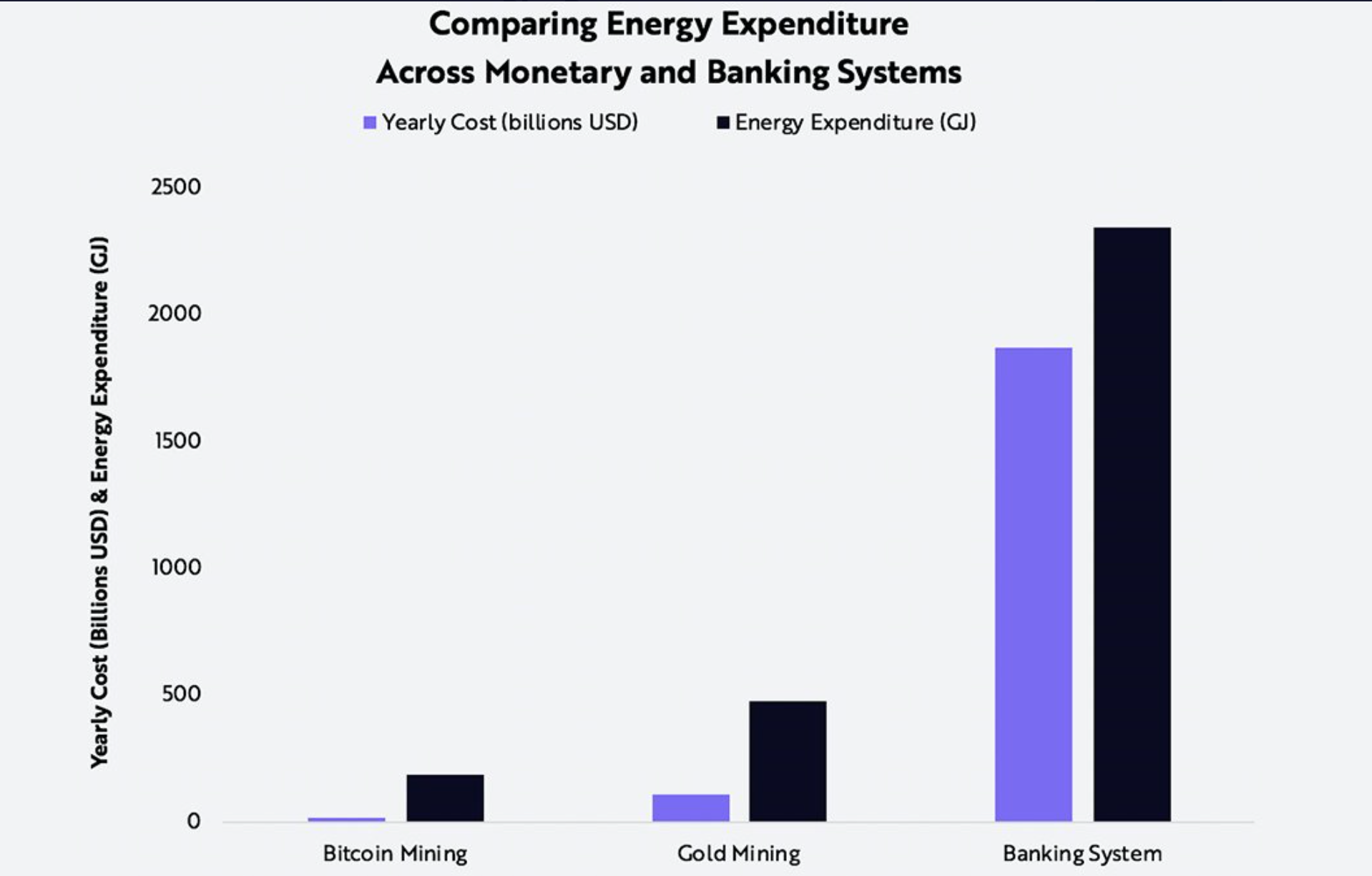 👉 To go further: How does Bitcoin (BTC) help develop green and renewable energy?

Engaged in the crypto ecosystem since 2017. I am particularly interested in decentralized finance (DeFi), Ethereum 2.0 and non-fungible tokens (NFTs).
All articles by Florent David.

Bitcoin is approaching its all-time high

a first case detected in Quebec